Masked intruders rob, set fire to house in Back of the Yards 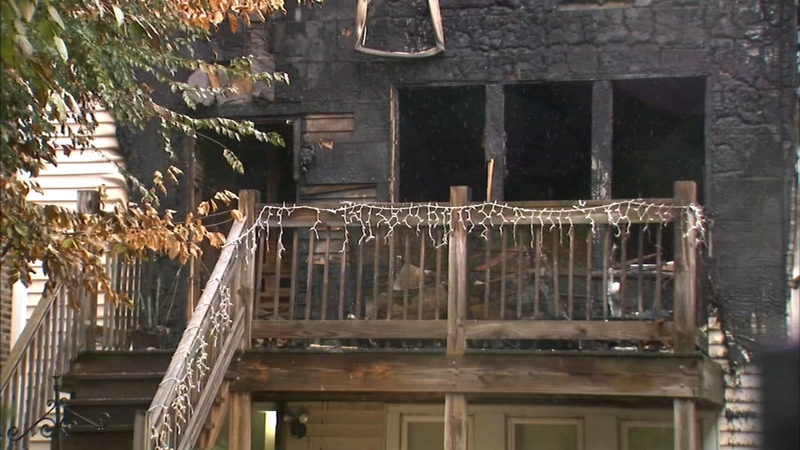 Masked intruders rob, set fire to house in Back of the Yards

CHICAGO (WLS) -- Two partially-masked men set a home on fire after beating and robbing one of its occupants late Saturday in the Back of the Yards neighborhood, police said.

Three armed men broke into a home in the 5400-block of South Damen Avenue at about 11:45 p.m. and displayed a weapon to a 33-year-old man who was sleeping, police said. A 56-year-old man and a 29-year-old woman and a 6-year-old girl were also in the home, according to Chicago police.

The robbers struck the older man in the face with a handgun, police said.

After attacking the man, the robbers stole property before pouring gasoline throughout the house and setting it on fire, police said.

The 56-year-old man was taken to the University of Chicago Medical Center in stable condition. Officers also initially believed the 56-year-old had been stabbed, but hospital staff later determined the man's abdomen had been cut by glass.

None of the other people in the home were injured, and the 6-year-old girl did not witness any of the incident, according to a police source.

No one was in custody. Area Central detectives are investigating.