Protecting packages: How to use new technology to catch thieves 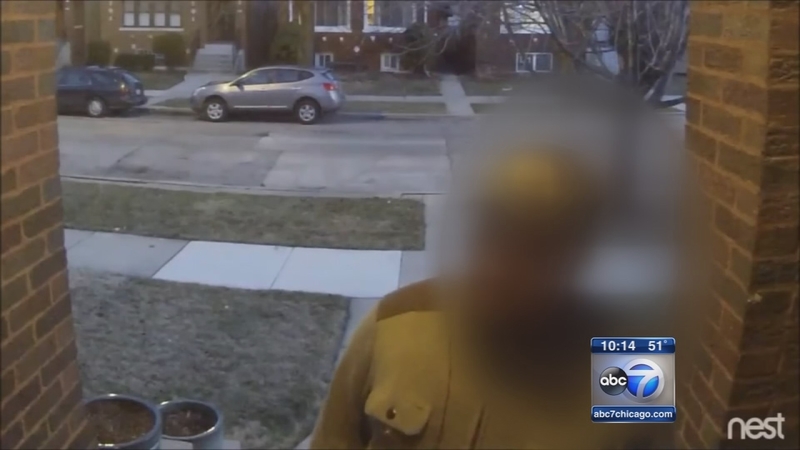 CHICAGO (WLS) -- There's a warning to anyone hoping to protect their property by using home surveillance cameras. You may not be using them correctly.

Chicago police say package thefts are a year-round problem. Package poachers know that more people than ever are getting items shipped. And home owners are arming themselves with new technology to try to catch people. But police say it's virtually useless if you don't know what you're doing.

A man walks his dog, passing the camera, then he's spotted coming back to the Portage Park home. Elizabeth Leddy says she thinks he was returning to take what's not his.

Inside were Leddy's custom-made wedding shoes.

"My blood was boiling. I was so angry. It was such a yucky feeling to watch that happen on your own doorstep," she said.

Her fiance, Mark Corsello, installed a camera, hidden behind the glossy window, providing police with a clear image of the suspect. The thief hasn't been arrested or charged.

"So far, we got a lot of response and a lot of support, people saying they will keep an eye out, but as of yet no one has been able to recognize him," Corsello said.

The couple blasted the video with his face on YouTube, Facebook and their virtual neighborhood watch group, "Next Door." Their Nest camera has motion detection, so they received an alert on their phones as the incident was happening.

"My heart started beating, like, this guy is stealing our package that we had delivered," Corsello said.

Besides Nest, there are other motion-detection cameras like Ring and Skybell that allow users to virtually answer a door from a smartphone. But there's no guarantee your property will be safe.

"So we are really relying on our neighbors and people who see the video of this guy to identify him," Leddy said.

Chicago police tell the I-Team if you want to catch a package thief, you need multiple cameras - but that's not all. They say cameras should be positioned to shoot wider angles to capture a potential getaway vehicle and hopefully even a license plate. Police suggest outfitting your home with a door camera and others facing the street, or a gangway. Also make sure the cameras have wide-angle lenses.

Corsello and Leddy say they may add more cameras along with a bench where they can have delivery people hide packages.

"He wasn't ringing the doorbell or anything. He was looking around, looking suspicious, and he bent over and picked up a package we had delivered earlier that day," Corsello said.

The good news is they say Nordstrom sent them a new pair of shoes free of charge.

In a previous report, the I-Team also told you about stores being used as safe drop points for packages.