An ABC7 I-Team Investigation
WLS
By Jason Knowles and Ann Pistone
BROOKFIELD, Ill. (WLS) -- The names of these companies sound familiar, but people are getting fooled into thinking they are dealing with well-known companies when they're not. One heating and air conditioning company appears to use the same name and logo of a reputable local business, Luna flooring, to prey on unsuspecting people.

Mejta said he was tricked into paying a large deposit for an $11,000 heating and air conditioning job.

"They disassembled a furnace, my gas line. Disconnected it completely so it would be removed and made it look more like they were going to be there the following day but nobody's showed up ever since," he said.

Mejta said Luna Heating and Air Conditioning never came back to his Brookfield home, so he filed a police report.

"I have absolutely no air condition or even heating now for when winter comes," said Mejta. He told the I-Team that he thought they were part of the well-known Luna flooring company. "I said 'Wow. I wonder if that's Luna who's with the carpeting'."

It's not the same company. Mejta's contract shows the familiar Luna flooring logo on the Luna Heating and Air Conditioning contract and on their worker's t-shirts. The Mejta family took pictures of workers in those shirts at their home when they were removing the old heating and air equipment.

"It's not Luna (flooring)", Mejta said. "At some time and point, it's gonna catch all up to him."

The man he's accused is Jose E. Lopez. Mejta and another customer identified Lopez as the person with whom they made deals and paid. The Illinois Secretary of State's office lists Lopez as the LLC manager of Luna Heating and Air Conditioning.

"I did not know that," answered Whitner. "Hopefully he'll be back in jail soon."

The Illinois Department of Correction's records show that Lopez was convicted and sentenced on five theft by deception charges and one theft charge from 2015. One charge claimed he stole over $10,000 of merchandise from companies in DuPage County, including "HVAC timers and air conditioning refrigerant." 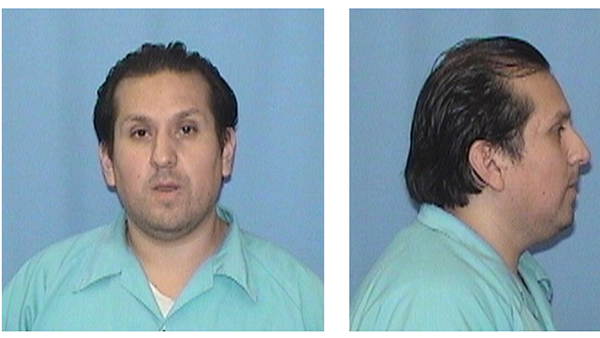 The ABC 7 I-Team also went to the Little Italy address on the contract. No Luna Heating and Air Conditioning was listed. The company's Berwyn address, listed, on its website, is an empty building.

The well-known Luna flooring company sent Luna Heating and Air Conditioning a cease and desist letter in the spring, and followed up with a lawsuit in September. Luna flooring claims the other company is infringing on their "famous and distinctive" trademark. The lawsuit says Luna Heating and Air Conditioning "misleads" customers into thinking the two companies are connected and is "causing irreparable injury" to Luna flooring's reputation.

Steve Bernas of the Better Business Bureau told the I-Team Luna Heating and Air Conditioning is "using another prominent company's name in Chicago and also trying to deceive consumers."

The BBB gave the company an F rating and posted an alert saying the company misuses the "BBB Accredited Business torch logo."

The I-Team emailed and called 10 different phone numbers associated with either Luna Heating and Air Conditioning or Lopez, but they were disconnected.

The BBB did a Google reverse image search on stock photos and found the same photos have appeared on other sites.

Those same photos are on the website of another questionably-named company with another familiar name: Feldco. Feldco, the window and siding company, is a reputable local business that does not offer heating and air-conditioning services. When the I-Team looked into "Feldco Heating and Air Conditioning" it found another empty building. Phone calls were not returned.

The well-known Feldco window and siding company, sent a cease and desist letter in September. Feldco Heating and Air Conditioning's website is now down.

As for Mejta, he gave up on Luna Heating and Air Conditioning and paid another company for a new furnace so his family won't freeze this winter.

The I-Team found on Monday, that Luna Heating and Air Condition's website is now down.

Experts say you can try to weed out suspicious companies by performing a Google reverse image search on pictures. This could possibly expose companies using stock photos or lifting photos from other businesses.

How to Google Reverse Image Search

3. From a DESKTOP, right click your mouse and look for the "Search Google for Image " option.

4. Select that option and Google will search the image and show you if it has been used on other websites.

5. If the image is being used all over it may be a "stock" photo, and it may be suspicious.
Report a correction or typo
Related topics:
home & gardenberwynbrookfieldchicagouniversity villagehome repairsi teamfraudconsumer
Copyright © 2020 WLS-TV. All Rights Reserved.
I-TEAM