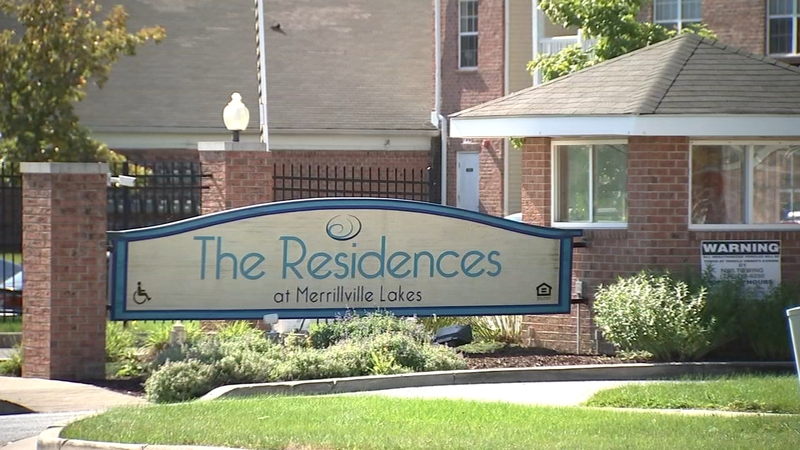 MERRILLVILLE, Ind. (WLS) -- For many people, having an elevator is a luxury. For others, it's a necessity.

Seniors at an apartment complex in Merrillville say there were no working elevators in their building for nearly two weeks. They said it isn't the first time it's happened.

Many of the seniors said they have problems walking, so having a working elevator is a must. But recently they say they were left with no choice but to take the stairs or be stuck inside their homes.

"I was stuck on the floor for two weeks," said resident Fletcher Williams.

Williams and his neighbors say they're dealing with unacceptable living conditions at The Residences at Merrillville Lakes.

Last month, they said the apartment complex was struck by lightning, knocking the elevators, smoke alarm systems and gas offline. They thought an outage of this magnitude would be a priority, but they say management dragged their feet.

"We've been here before. Elevator was down approximately 18 days and it was hell," resident Carolyn Dickinson said

Residence on the upper floors say they had to rely on others to bring up their medicine and food.

"My knees are killing me and my back," resident Grace Bullard said

Others, like Bullard, say they had no choice but to brave the stairs.

"I've had doctors' appointments that I've had to cancel because I can't keep going up and down the stairs," she said.

"It's like getting into the Oval Office," Dickinson said. "They make themselves unavailable.
Samantha Chatman went down to the leasing office hoping to speak with management, but there was a gate down with the lights off. For the last two weeks, Chatman tried calling, emailing and texting management and is still waiting for a response.

After Chatman's calls, the group said the building finally sent someone out to fix the elevators. A relief to some, but the group isn't celebrating.

"It's not the first time and I don't think it'll be the last," Dickinson said.

Management still hasn't returned any of Chatman's calls, but Merrillville councilwoman Chrissy Barron did. In a statement, she said, "The Merrillville Residences at Merrillville Lakes apartments are for 55 and older occupants. The residents that move there do so to live, make friends, and become a family. They should be provided with the necessities of living. They should be provided electricity so they can see, gas so they're warm, and hot water to bath. When the elevator goes out it is not easy for a lot of the residents to use the stairs. Some of the residents have walkers, canes, and Health issues that makes it difficult to use the stairs. A facility that rents to people that are 55 and older should ensure the people that are living there are in a safe environment. On September 28 after we had the heavy rain and I was driving to check my Ward I discovered that D building had been struck by lighting and the residents were without gas and the elevator was down. I immediately called the property manager to inquire when the gas will be turned on and when the elevator would be repaired. I checked on the residents to make sure that they were ok and I personally assisted the residents getting up the stairs. I check on the residents every day until the problem was rectified. I am going to work with the residents, management and whatever town entities need to be notified to ensure that there is a more timely resolution when something like this arises again.
The quality of life means everything!! Building relationships for a stronger better community."

The Americans with Disabilities Act states that elevator repairs may be unavoidable, but if facilities don't make sure repairs are done promptly, they could be in violation of the law.