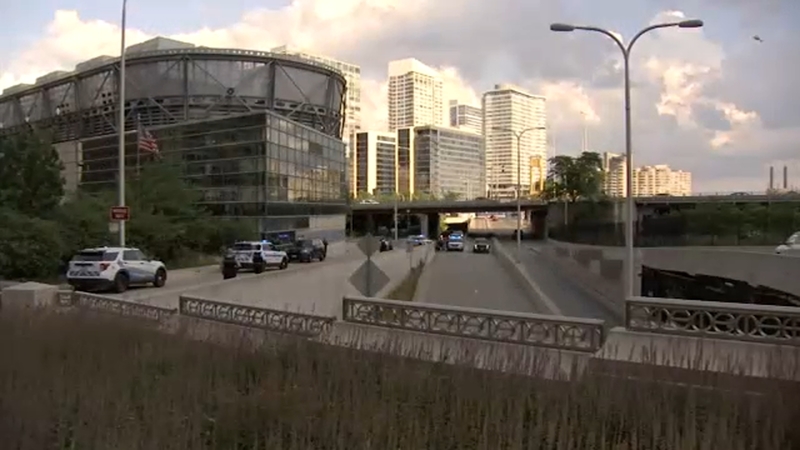 CHICAGO (WLS) -- A woman is dead after she was stabbed in Chicago's Loop Saturday, according to police. Now, investigators are working to track down the suspected killer.

Police said around 4 p.m., a man approached the 31-year-old victim in the 400-block of South Wacker Drive near West Van Buren Street. That's when he allegedly pulled out a knife and started stabbing the woman in her upper back.

The man then fled southbound on Wacker Dr., police said.

Chicago Police Superintendent David Brown said the incident was captured on city surveillance cameras, or POD cameras. From that video, they believe they now have strong leads after being able to track some of the suspect's movements following the deadly attack.

The victim was transported to Northwestern Hospital in critical condition where she later died, according to officials.

Supt. Brown said police believe the suspect may be a homeless person who was hiding in the bushes before jumping out and "committing this heinous crime." He also pointed out that there is a homeless encampment adjacent to the crime scene.

Police said it is possible the woman was caught off guard.

"It's high shrubs, as you can see in that corner right adjacent to the crime scene, so likely he secreted himself, likely the victim didn't see him when he came out," Supt Brown said. "We are following the trail on the POD video cameras of this suspect walked down after he committed this crime. Likely disappearing into the underpass here."

The superintendent said they do not believe there is "anything to worry about" with the suspect still on the loose, adding that the scene of the crime is not a "common route to be walking down."

"We have some strong leads. We have it on video likely a homeless person. We don't want to speculate any further than that," he said.

Supt. Brown also mentioned police have a cooperating witness, who they said is working with to get more details on the suspect.

The victim has not yet been identified.

Police remind people to be cautious and aware of your surroundings at all times.