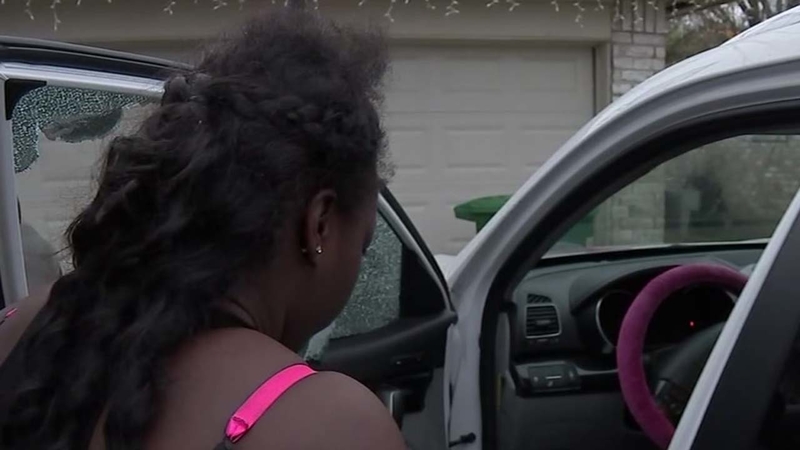 HOUSTON -- A teen is in the hospital after he was shot while breaking into someone's SUV, police say. Investigators say he and two other people are likely responsible for a string of vehicle break-ins that happened overnight in the Ridgemont neighborhood in far southwest Houston.

"I came outside to go to work and this is what I saw," said a man as he pointed to his driver's side shattered window.

He said someone took a Bible, shuffled through papers in his center console and left a mess in the front seats.

"Somebody was having fun with other peoples' property," he said.

Down the street, ABC13 was there when Nicole discovered similar damage.

"They took my driver's license, my credit cards, everything," Nicole said.

Luckily, the thieves missed her purple gun and iPad. They took her wallet and tossed her concealed carry license and social security card in the street.

At least five cars or trucks were ransacked.

The overnight crime spree ended around 3:30am. A homeowner near the corner of Hiram Clarke Rod and Ridgerod Lane said his dog started barking so he went outside to see what was going on. Police say three men were breaking into his Tahoe. The homeowner shot one of them in the face. Two others ran off.