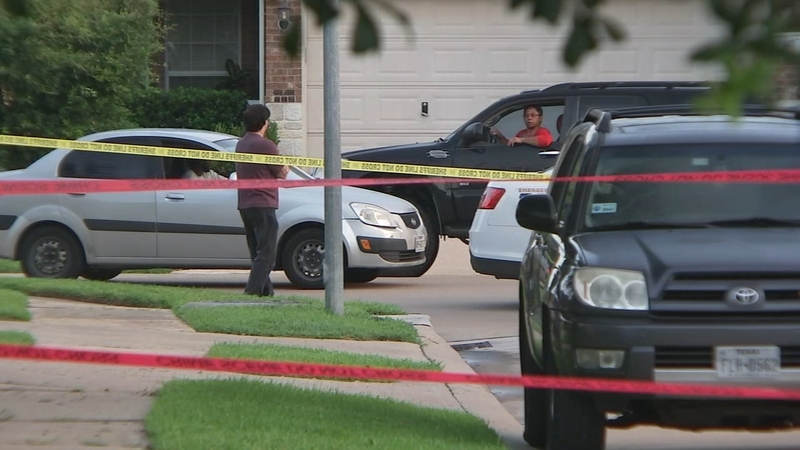 HARRIS COUNTY, Texas -- A homeowner shot a man who was sleeping in his front yard in northwest Harris County, Texas, deputies say.
Authorities told ABC the homeowner's dog woke him up. He then looked at his security camera and saw someone staggering around outside, so he grabbed his gun and went out to the yard to investigate.

The man had allegedly been sleeping in the yard, and the homeowner woke him up. That's when he confronted the man and got into a physical fight with him on the lawn.

When the man lunged at him, the homeowner opened fire, hitting him in the arm and abdomen.

The man was taken to a local hospital, where he underwent surgery.
"I have been in this neighborhood for almost nine, maybe 10 years and nothing like this has ever happened before, so this is all new to me," said neighbor Gary Ortega.

Before the shooting, neighbors said the man was seen on camera at another home, banging on the garage door and hitting the cars outside.

Neighbor Melissa Elrod said the commotion of the banging on her garage door woke up her daughter around 4:30 a.m. Moments later, she heard shots.

"It's scary, it's scary. My daughter is five feet from that," Elrod said.

Neighbor Jimmy Perkins only found out something was wrong after deputies showed up across the street. He believes homeowners have the right to protect themselves and their families.
"I don't know all the particulars, but the guy is attacking you, then I guess you got to do what you got to do," Perkins said.

Deputies are investigating why the man was on the lawn. So far, deputies have not found anyone in the neighborhood who knows the man or why he would be there.

It does not appear the homeowner will face charges.

VCU investigators are at a residence at 17,700 block of Barker Bluff Lane homeowner states he confronted suspicious male in his front yard. The subject charged the homeowner. He discharged his weapon striking him. Subject is now on way to Ben Taub. pic.twitter.com/RflBah73BL