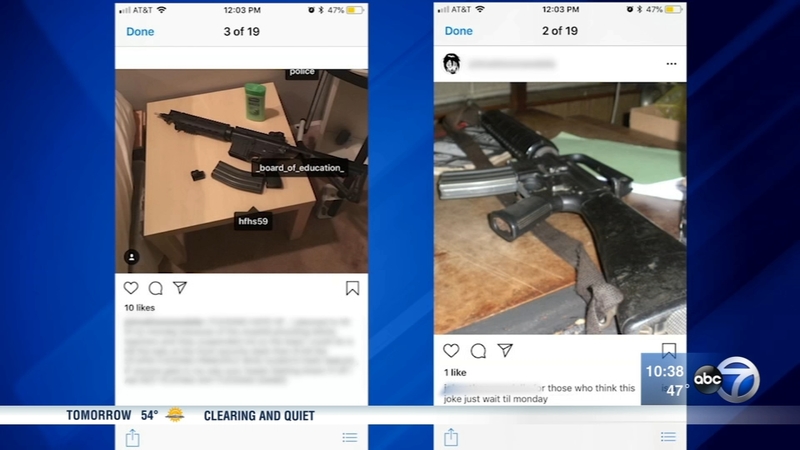 The posts, which presented themselves as being sent by a student, show photographs of a semi-automatic rifle and contained profanity-laced threats, including one which read "for those who think this s** is a joke, just wait till Monday."

The posts tagged both the high school and Board of Education and were reported to police nearly as soon as they appeared.

It was determined to be a hoax, according to the Flossmoor Police department, but parents are still nervous about Monday's school day.

The suspect had not been charged Sunday evening. Police are investigating.

"You don't know if you should take it serious or not. It's fear every day. Because you don't know. You think you send your kids to school where it's supposed to be safe," said parent Yashaka Williams.

"He will not be going to school tomorrow. But that leads to the idea, what about the next day? What about copy cats? What about anything?" said parent Arthur Wiggins Jr.

Principal Jerry Lee Anderson quickly sending out a letter to parents that read, in part: "Any threat against our school community is unsettling ... in the world we live in today, threats of violence will always be taken and responded to seriously. It is important that we are all diligent in order ensure the safety of our school and community."