Loop hotel employee stabbed in neck while walking to work 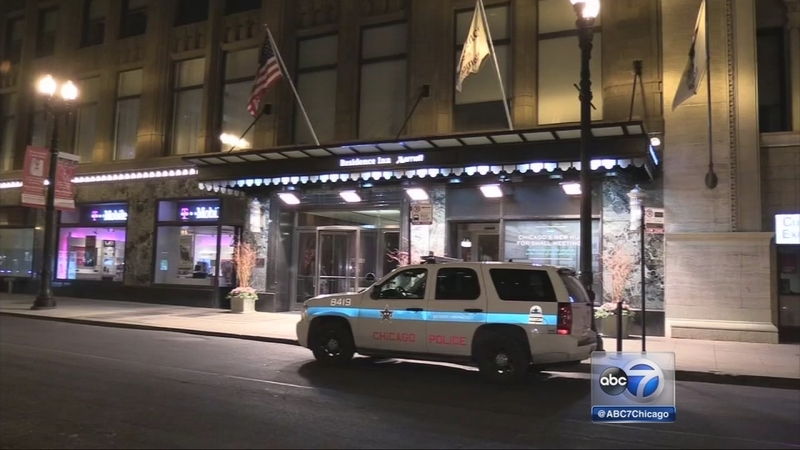 CHICAGO (WLS) -- A Chicago hotel worker was stabbed in the neck while walking to work in the heart of the Loop.

Police said just before 11 p.m. Wednesday, a man jumped out of a Ford Explorer and demanded cash from the victim in front of the entrance to the Residence Inn Marriott located near LaSalle and Madison. The suspect then stabbed him, stole his wallet and drove away.

The victim took himself to Northwestern Memorial Hospital, where he is listed in good condition. His co-workers said he is 21.

"As soon as we became aware of the incident we immediately assisted our associate and contacted the police," Marriott officials said in a statement.

Earlier this week, Chicago police sent out an alert warning of a band of robbers targeting victims in the Loop over the past five weeks.

Scott Merchant, who stayed at the hotel overnight, said with crime on the rise, he has taken steps to protect himself.

"You have to be aware of your surroundings. There's been a lot more attacks, lot more things you don't feel as good as you used to," he said. "I have a concealed carry. I think it's important."

Hotel guests said Thursday they believe the stabbing is an isolated event and it doesn't change how they feeling walking around the Loop at night.

"I was surprised how safe I felt staying here," said Robert Abbott, who is visiting Chicago for the first time.

The victim's co-workers said while they are concerned a colleague was stabbed, they plan on working a full day.