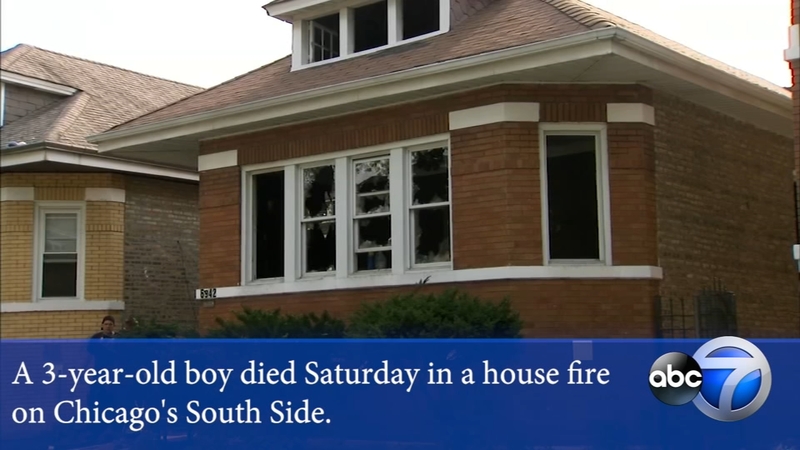 CHICAGO (WLS) -- A 3-year-old boy died Saturday afternoon after being pulled from a house fire on Chicago's South Side.