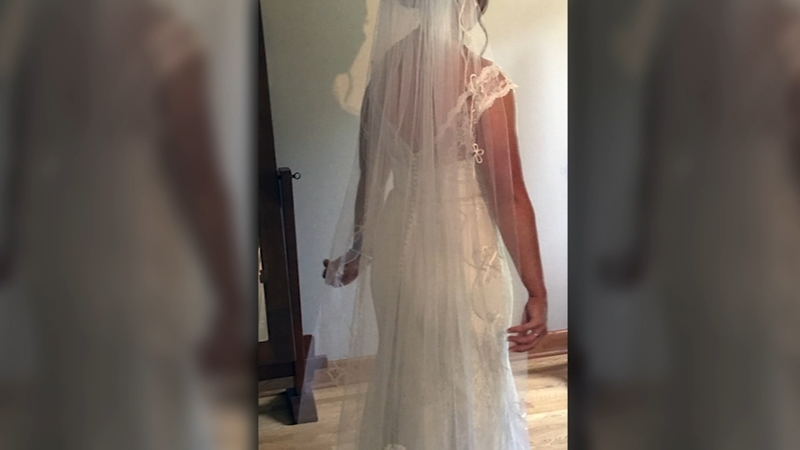 ORLAND PARK, Ill. (WLS) -- Following a report on an Orland Park bridal shop that the I-Team received dozens of calls about, House of Brides said it's taking "immediate" action to improve service while also blaming delays on designers and manufacturers overseas.

"A little nerve-wracking. A little upset. A lot upset. I've tried to hold it in for her but now it's going to get a little harder as the days approach," said Alma Chaparro, mother of bride.

Chaparro is on edge because as of late last week, her daughter's bridal party was still waiting on bridesmaids dresses for a wedding less than two weeks away.

They all purchased their dresses as the House of Brides in Orland Park.

At the end of July the I-Team reported on several complaints from brides and bridesmaids who said they were waiting on dresses, some of which would arrive just a day or two before the wedding.

The Better Business Bureau gives House of Brides a "no rating" due to an ongoing review and for seven recent delay complaints.

Bridal parties, including the Chaparrro party, said the delays are unacceptable.

"Even for the bride herself. She's nervous. She shouldn't have to go through this. We already paid $300 for our dresses. Some of us have to get alterations. And now we have to rush and go find new dresses in 16 days?" said Elizabeth Villagomez, bridesmaid.

Villagomez said she took undercover video of the manager when she couldn't get answers about a delivery date.

"What is the scenario if a dress doesn't arrive in time for alterations?" she asks on the secret recording.

"We don't know because we've never had that scenario since we've been employees," the manager answers.

"Do you have a plan in place?" Villagomez asks.

"No, because you are trying to predict something that never happened," the manager says.

"That's a scenario, I don't do scenarios," Villagomez responds.

House of Brides said the manager was in constant contact with the bridal party, saying she kept them "...informed of the order status and provided the tracking information once the order was shipped from the factory."

Two weeks before the wedding, the bridal party got the dresses.

But what about other alleged delays? The I-Team got complains from more than three dozen bridal parties; 21 sent their receipts.

When the I-Team didn't hear back for the first report, they stopped by the Orland Park store. Monday, House of Brides sent a letter saying it has experienced a "delivery issue involving a small number of customers in the last two months. We understand the unique stresses of a wedding and sincerely apologize to our brides and wedding parties."

The business also blamed the "...production overseas and predominantly in China..."

They also said that production times vary between designers and are subject to change at the discretion of the designer, and that most production time is typically four to six months. The House of Brides website says "special orders" normally take up to four months.

The letter goes on to say that the store is taking immediate "in-house measures to improve our service," expanding its "expediting department," and that it is retraining management and staff to improve customer service.

"We had been calling and calling and were being hung up on ignored and everything up until a week before the wedding," said Cheryl Hill, member of bridal party.

Members of another bridal party, which included Hill, said they bought new dresses from Amazon when their bridesmaid dresses were late. Their House of Brides dresses arrived just three days before the wedding.

House of Brides said it was in "consistent contact" with the party and offered a $50 discount for alterations. They added that because the order was placed "within six months of the wedding date, the designer stated the order may arrive closer to the wedding date."

"And then when we were calling asking if we can get a refund they said all maybe you didn't look at the back of your receipt we don't give refunds or exchanges," Hill said.

House of Brides also said Monday that if wedding parties purchased other dresses to replace a delayed order, they may be able to get a refund. But they have to supply proof that they bought new dresses from another retailer and then return the unworn House of Brides dresses with the tags.