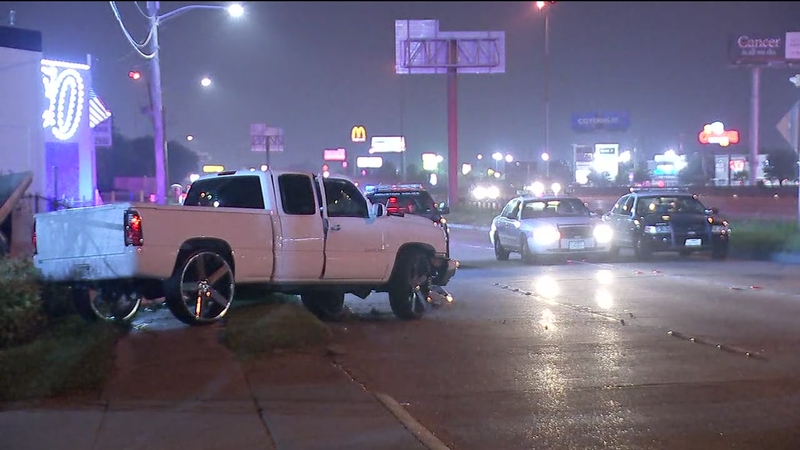 HOUSTON, Texas -- A man was killed in a crash on the Gulf Freeway in southeast Houston after police said he was ejected from his pickup truck when he intentionally hit another car that he was following.

It happened on the Gulf Freeway on the feeder road inbound near Airport.

Police said it started when a man and woman were arguing leaving the Chulas Sports Bar around 1 a.m.

One of them started following the other on the feeder, and police said at some point, they got out of their cars and argued in the middle of the street.

Witnesses told investigators that the man drove into the middle lane and passed up the woman and hit her car. His truck rolled when he lost control and was ejected and died.