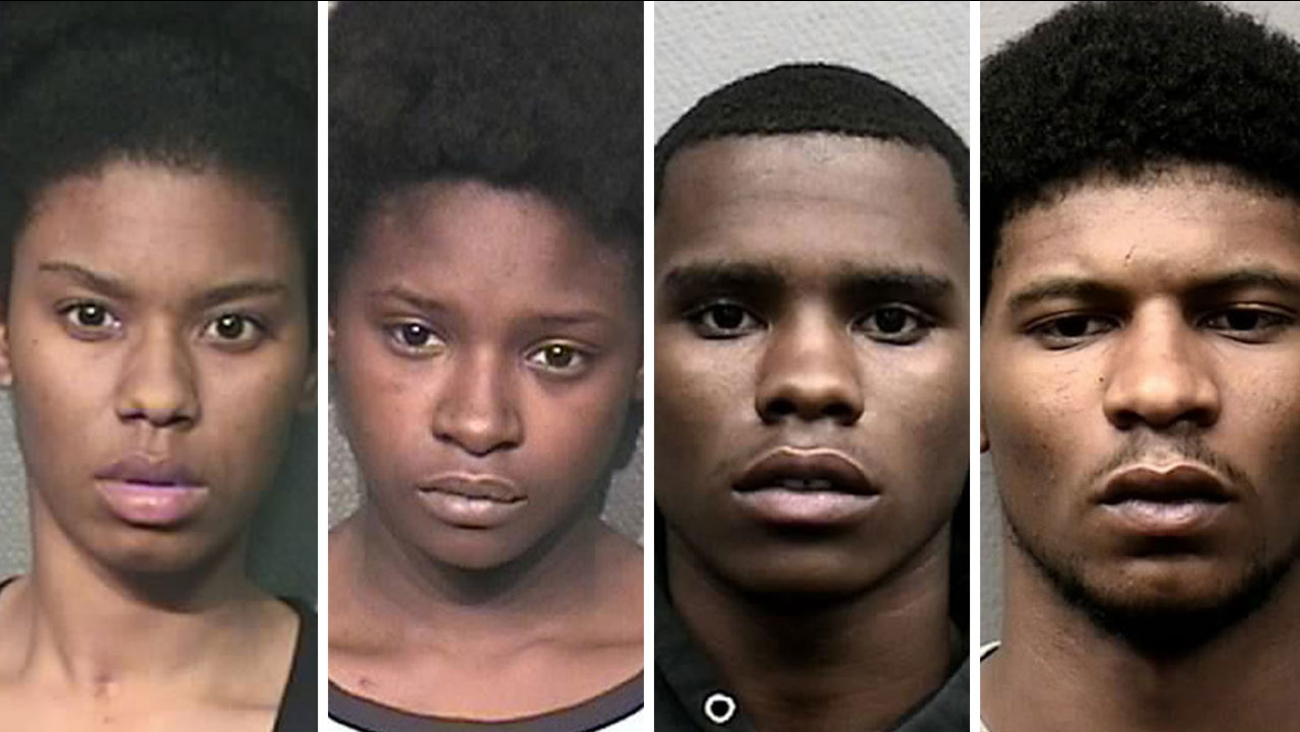 HOUSTON -- Police say four gang members connected to a string of violent robberies and sex assaults have been arrested.

HPD says the suspects were involved in 10 cases they know of right now. Those include at least two purse snatching incidents, in addition to six home invasions in southwest Houston.

Eyewitness News talked exclusively to a victim of a home invasion. She said she's so terrified that she hasn't left her home for a month.

The woman said her husband was working in the garage around 7:10 on a Saturday night last month when two men approached him. One pointed a gun to his head and forced him inside the home. The other armed suspect walked inside the house toward the wife.

"He came to me in the kitchen where I was cooking, puts a gun to my head and tells me to give out our wallets," she said. "They ransacked our bedroom. They took the two guns that they found."

Officers say the suspects are connected to several purse snatchings, too.

"It all happened within, my mom said, a maximum of one minute," the woman told ABC13.

Houston Police Chief Art Acevedo said he believes the suspects may be connected to even more cases, asking for the public's help tying the suspects to additional crimes.

"These violent gang members committed robberies, some were driveway robberies, and in six cases, they ambushed people inside their homes."

Hendry says the suspects targeted families in the west side of town, tying up and even sexually assaulting some victims.

While investigators are staying mum on how the suspects were found, HPD says they brought a gun inside a convenience store at the time of their arrests.

One suspect had a pistol inside the store, Hendry said, while the other had left a gun inside their car. Two women were taken into custody alongside the two men.

Inside the vehicle, police say there was plenty of evidence to prosecute the suspects.

Acevedo had said he was not going to release the names of "these gangbangers," and wasn't going to give them notoriety.

Instead, he said he was working in lockstep with Harris County District Attorney Kim Ogg's office to clean up the streets of violent street gangs and criminals.

"We know we have a real challenge in our city as it relates to violent crime, violent robberies, and people being subjected to sexual assaults," Acevedo said. "The city of Houston is no longer going to tolerate this violent crime."