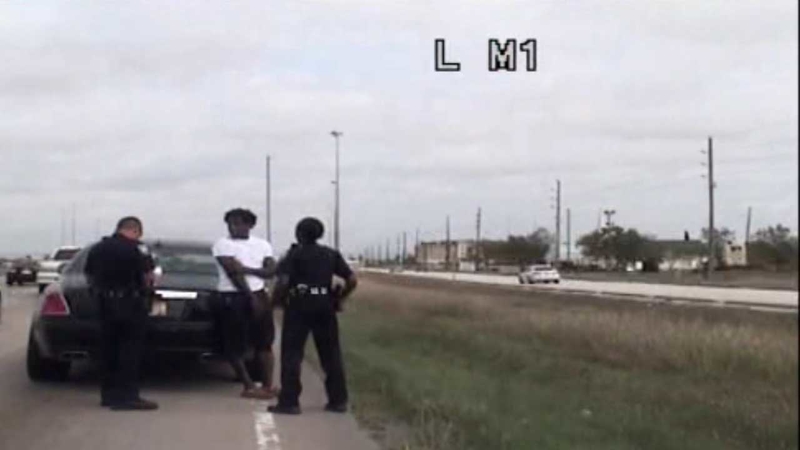 PEARLAND, Texas -- Houston Rockets point guard Patrick Beverley returned to the lineup Wednesday night after missing a couple of games with an injury. But he wasn't at practice Wednesday morning, after being arrested on an open warrant.

"You don't have your driver's license with you?" said officer De La Cruz when he approached Beverly. "When I run the plate on your car, It's not coming back to anything."

Beverly explained that he purchased the car months ago and didn't have the new plates. Beverly said he was headed to practice. The officer ran his information and found Beverly had a warrant for his arrest for failing to pay $321 in toll fines and fees.

"I have cars in my name that other people drive," said Beverly to the officer.

De La Cruz gave Beverly a warning for the bad registration and no license and then made the arrest.

De La Cruz: "Take a seat."
Beverly: "This is crazy. This is (expletive) crazy man."
The officer offers several times to cuff Beverly's wrists at the front of his body instead of behind his back. Beverly declines and also takes off a seatbelt the officer buckles for him. In the back of the patrol car, Beverly is heard getting frustrated at the officer for the initial stop.

After viewing the video, it wasn't until later in the traffic stop that the officer accused Beverly of initially speeding in a school zone. Beverly was not given a warning or citation for that.