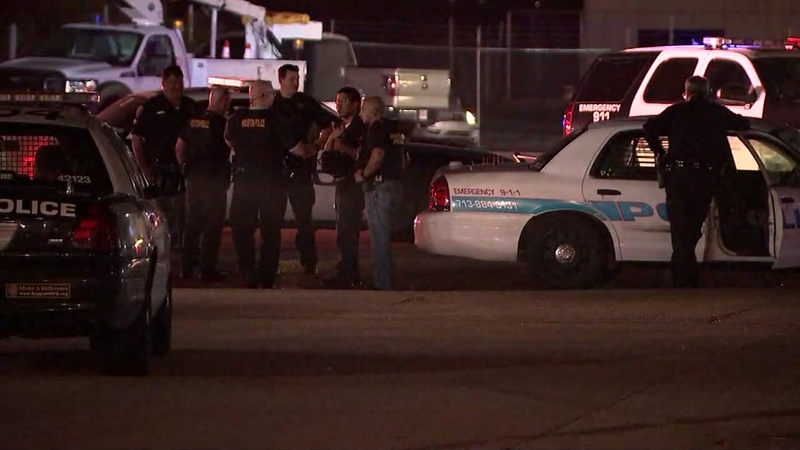 HOUSTON -- A suspect is in custody after a botched robbery attempt in southeast Houston that left two officers injured, neither at the hand of the suspect.

It happened around 8:15pm at the Wendy's at 10235 Almeda Genoa Road. Police say an armed man attempted to rob the restaurant, but the robbery went sour and he eventually raised his weapon to his own head.


Customers and employees quickly cleared out of the restaurant, at which point the man began to fire his weapon, although police do not believe the suspect was firing at officers.

One ambulance on scene outside Wendy's on Almeda Genoa. Working to confirm who was hurt. pic.twitter.com/ZlOBdzOv0o

The suspect then fled to an adjacent abandoned bank, shooting out glass as officers surrounded him. Inside the bank, the suspect fired additional shots, but -- again -- not toward officers.

Authorities sent dogs in to incapacitate the man so he could be safely taken into custody. At the same time, an officer's weapon accidentally discharged, grazing another officer.

The accidental discharge also frightened a police dog, which then bit another officer, causing minor injury.

At that point, the suspect then came out with his gun still held to his head. He pulled the trigger, but his weapon was out of bullets.

Another canine took down the suspect, and officers were able to take him into custody.

Both of the injured officers were taken to Memorial Hermann Southeast with minor injuries.