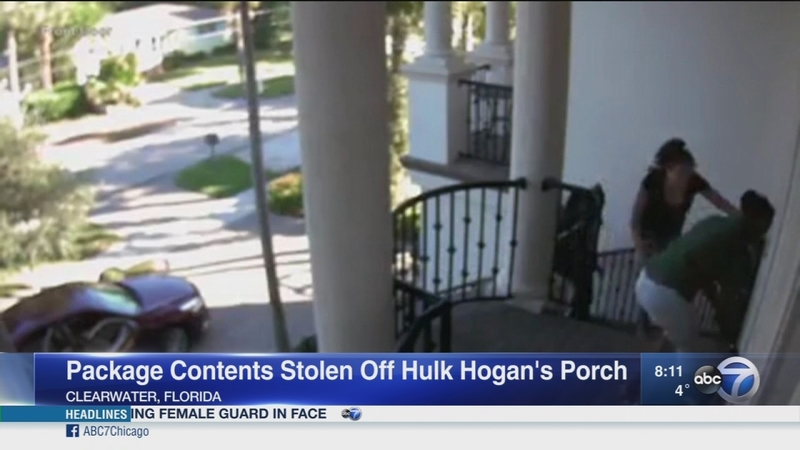 Four women pulled into the driveway of the former champion's mansion last weekend.

Three people rush up the steps and pick up the package, but were startled by a noise and ran off. Seconds later they came back - opened the package - and removed the contents.

Police said beauty products were inside the package.