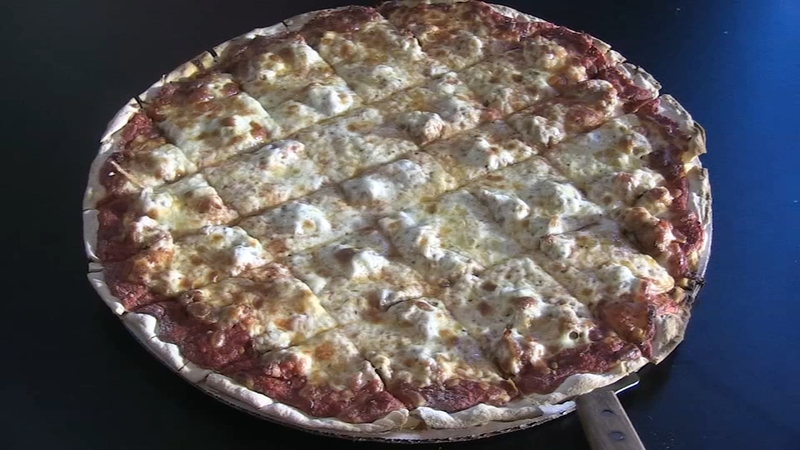 I found that tavern-style pies -- square-cut, thin and crispy - were the norm here; a lot more prevalent than deep-dish. On Friday, I profiled my top three tavern styles in the city.

Now, I reveal my top three tavern style pies in the suburbs.

My No. 3 pick for best tavern style goes to Chester's Orsi's in Summit, as in Orsi's Pizza, located within Chester's Tavern.

"It's a thin crust tavern style, Chicago style for sure," said Dan Zygmunt, who runs the kitchen. "It's been the same for like 60 years. Haven't changed a thing on it. People from out of town come in and they always say the first place they come is here."

They roll the dough out super-thin, then bake it naked for 20 seconds, before topping with an even layer of sauce - all the way to the edge - plus fennel-jammed bulk sausage that is pinched and pressed, plus plenty of mozzarella and some romano, as well as a shake or two of oregano. As soon as it's removed, it's cut into the requisite squares and served - don't forget to ask for a side of giardiniera, which adds that only-in-Chicago burst of hot, pickled crunch you can't find anywhere else.

No. 2 is Joe's in Wheeling, where they roll the bulk sausage in a bit of parmesan before pinching and pressing it out. This stalwart does a brisk take out and delivery business, but order in, to fully appreciate the nuance and crispiness of the dough.

And my favorite tavern style in the 'burbs is at Villa Nova, in Stickney, a sliver of a town just north of Midway airport. With locations in Lockport, Chesterton, Indiana and New Buffalo, Michigan, fans have been flocking here for the tremendous thin crust since 1955.

"The dough, the recipe for the dough, and then rolling it out as thin as we can. We do use a machine but that makes it thinner than if we were to do it by hand," said Lisa Hodges, one of the Managers.

Known for their enormous, golf ball-sized sausage balls and delicious giardiniera, this pizza is wide and thin, the result of several passes through the dough sheeter, but also careful, consistent pizza makers, who know how to build each pie, and then when to remove them from the oven.

"We make sure the customers are getting what they're asking for. We just want to make sure they're happy with what they have," she said.

There's nothing wrong with deep dish, per se, but as locals, we all know that true Chicago style pizza really means tavern style, square-cut, thin-and-crispy. And no one does it better in the suburbs than Villa Nova.