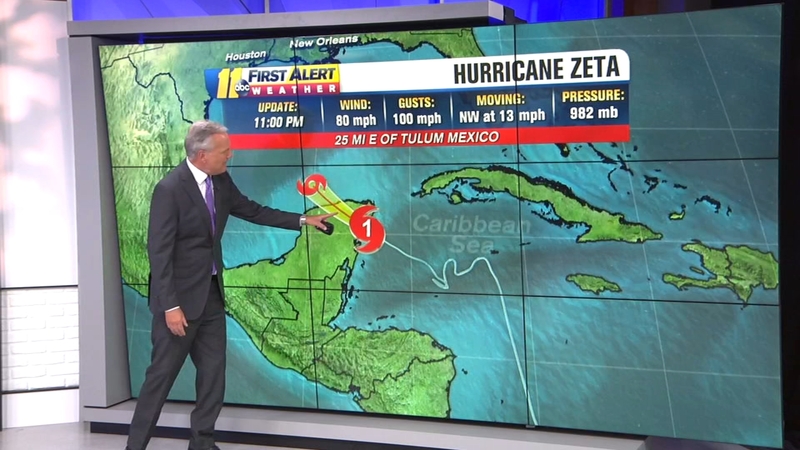 RALEIGH, N.C. -- Tropical Storm Zeta strengthened into a hurricane Monday afternoon as it moves through the Caribbean Sea and into the Gulf of Mexico.

According to the National Hurricane Center, Zeta has maximum sustained winds of 80 miles per hour, and it is moving northwest at 13 miles per hour.

Zeta is forecast to move over the Yucatan Peninsula on Monday, and parts of the peninsula are under a hurricane warning. It will then head into the Gulf of Mexico and start tracking toward Louisiana, where it is expected to make landfall.

Louisiana has felt the brunt of the record setting 2020 hurricane season. So far, four named storms--Cristobal, Delta, Laura, and Marco--have made landfall in the state.

Storm Ready 2020: Preparing in a Pandemic