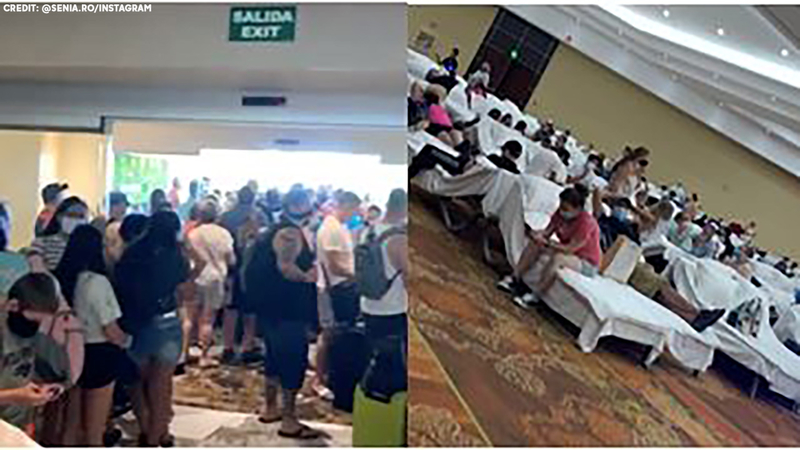 With Hurricane Delta nearing Mexico's Yucatan as a Category 4 storm, we're getting a closer look at the current situations in Cancun as residents and vacationers prepare for the storm's landfall before it makes its way to the U.S.

A video shared with ABC News shows a large crowd of people standing in the lobby of the Resort Moon Palace in Cancun. Those in the hotel await to be evacuated to a shelter on the hotel grounds, according to an Instagram user named Yesenia. She also shared a photo from inside the shelter, showing a room full of makeshift beds.

Another video showed a row of busses lining up near Cancun's Hotel Zone, waiting to take people to shelters.

In Cancun Tuesday, long lines stretched at supermarkets, lumber yards, and gas stations as residents scrambled for provisions under mostly sunny skies. Officials warned that residents should have several days of water and food on hand. Boat owners lined up at public ramps to pull their vessels out of the water.

Another photo shared is that of a couple on their honeymoon. The couple said they were evacuated from Secrets Playa Mujeres and transferred to a shelter in downtown Cancun with 20-25 other people, where they're forced to sleep on the floor. 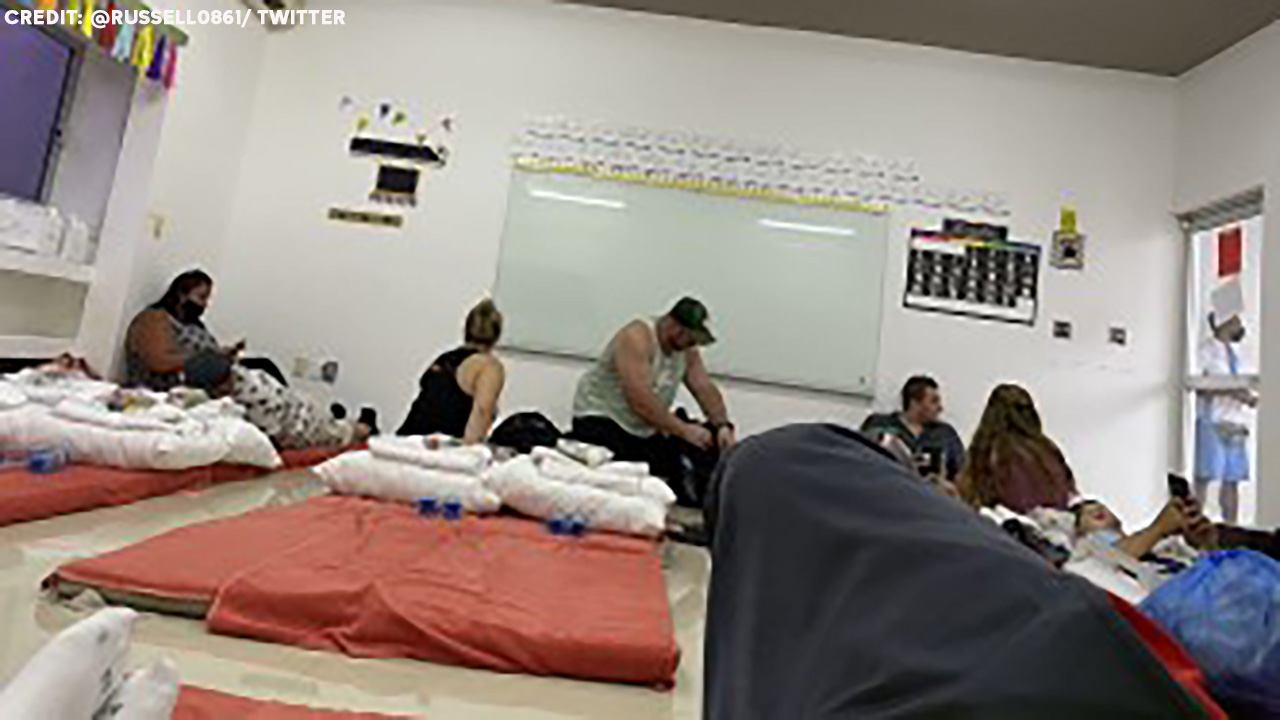 When asked if he was worried about being so close to a stranger during a pandemic, newlywed Rick Russell told ABC News, "Not really, the wife is a little more worried. It's so hot and humid, no air, that there's a zero percent chance of wearing a mask." 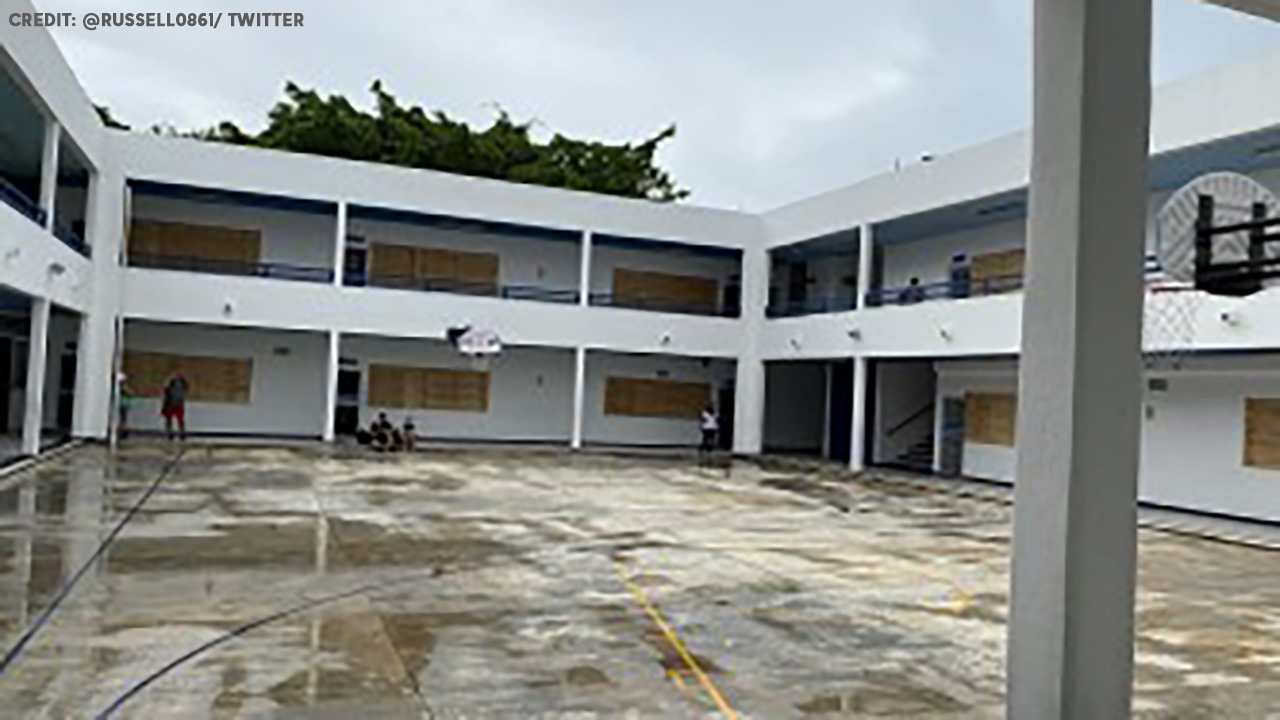 The worst of the immediate impact was expected along the resort-studded northeastern tip of Mexico's Yucatan Peninsula, where hurricane conditions were expected Tuesday night and landfall early Wednesday.

From Tulum to Cancun, tourism-dependent communities still soaked by the remnants of Tropical Storm Gamma could bear the brunt of the storm.