No injuries in Eisenhower Expressway shootout 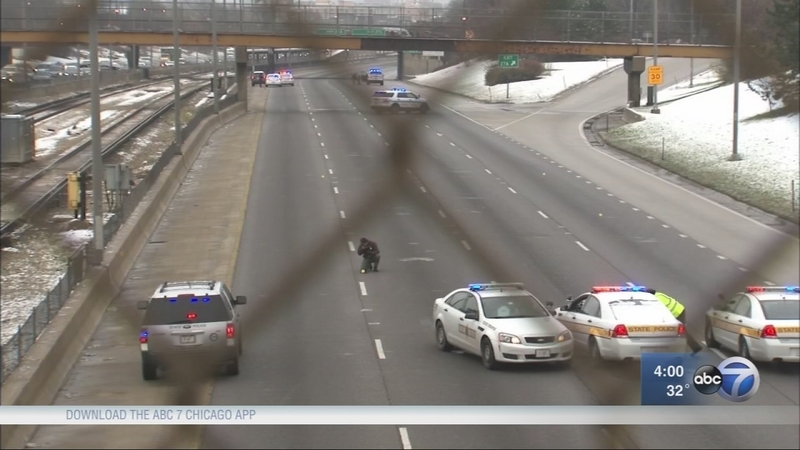 No injuries in Eisenhower shootout

CHICAGO (WLS) -- Shell casings were recovered Monday afternoon from the scene of a shooting on the inbound Eisenhower Expressway on Chicago's West Side.

Illinois State Police responded around 11 a.m. to reports of shots fired on inbound I-290 between South Kedzie Avenue and South Sacramento Boulevard.

Witnesses told state police someone in a white car and someone in a black car exchanged gunfire while the vehicles were moving. Police said the white car was involved in a crash and exited at Sacramento, while the black car continued east on I-290.

No one was hurt. No one is in custody.

The inbound Eisenhower was shut down at South Independence Boulevard for nearly three hours as investigators searched for evidence.

"When I saw the police on the expressway, I was like, 'Oh, there's an accident.' But now I'm listening to my satellite. It said that it's police activity. I was like, 'Oh, OK.' I'm trying to get home," said Monica Chestnut, a driver.

All lanes re-opened just after 2 p.m. Three weeks ago, inbound traffic on I-290 was also halted for nearly three hours after a man was shot in the stomach in his vehicle near Morgan Street.