A fifth car has been discovered in the wreckage after five vehicles, including two semis, caught fire in a large crash on the city's Southwest Side.

CHICAGO (WLS) -- A fifth car has been discovered in the wreckage after five vehicles, including two semis, caught fire in a large crash on the city's Southwest Side.

At least one person was found dead in the fifth vehicle - a minivan. That person's identity has not been released. 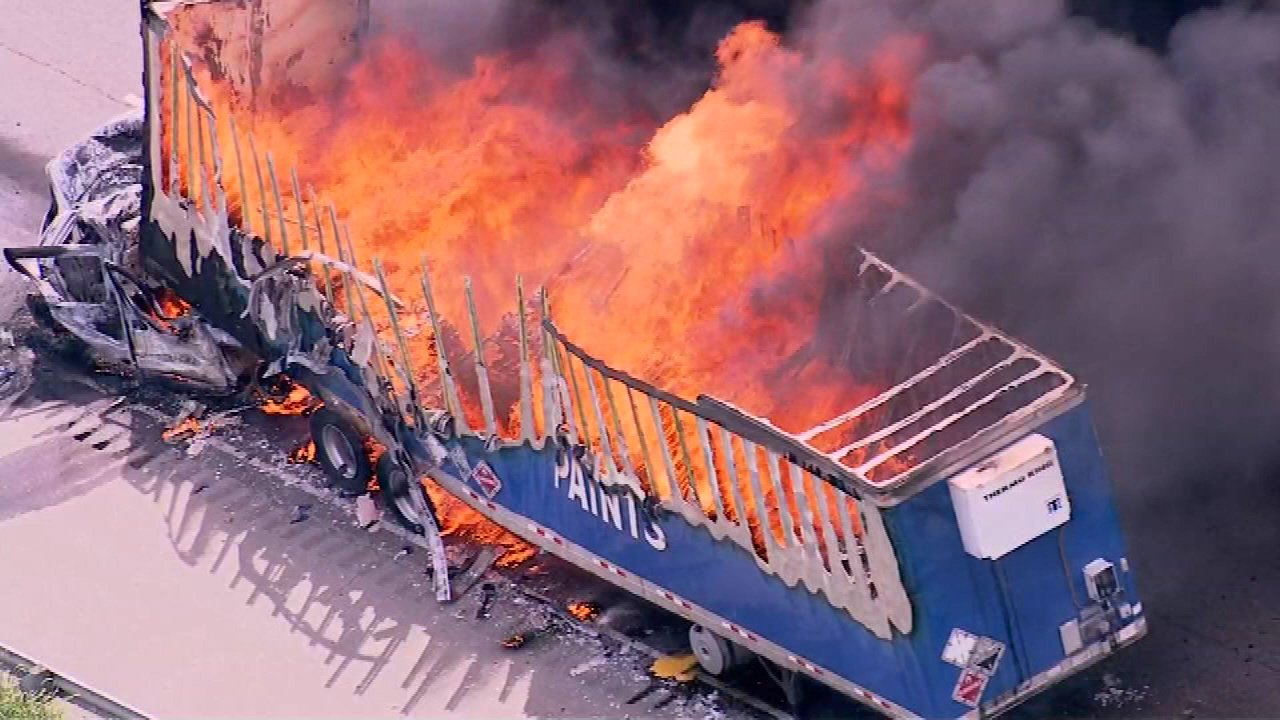 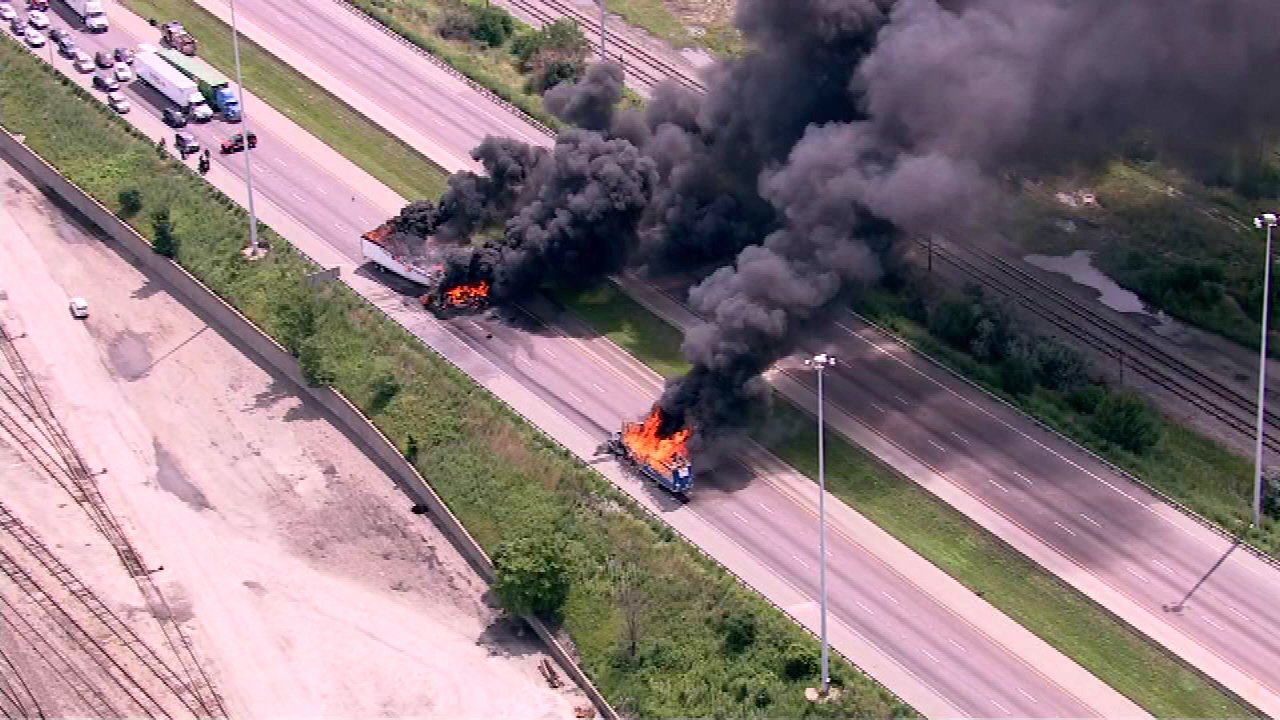 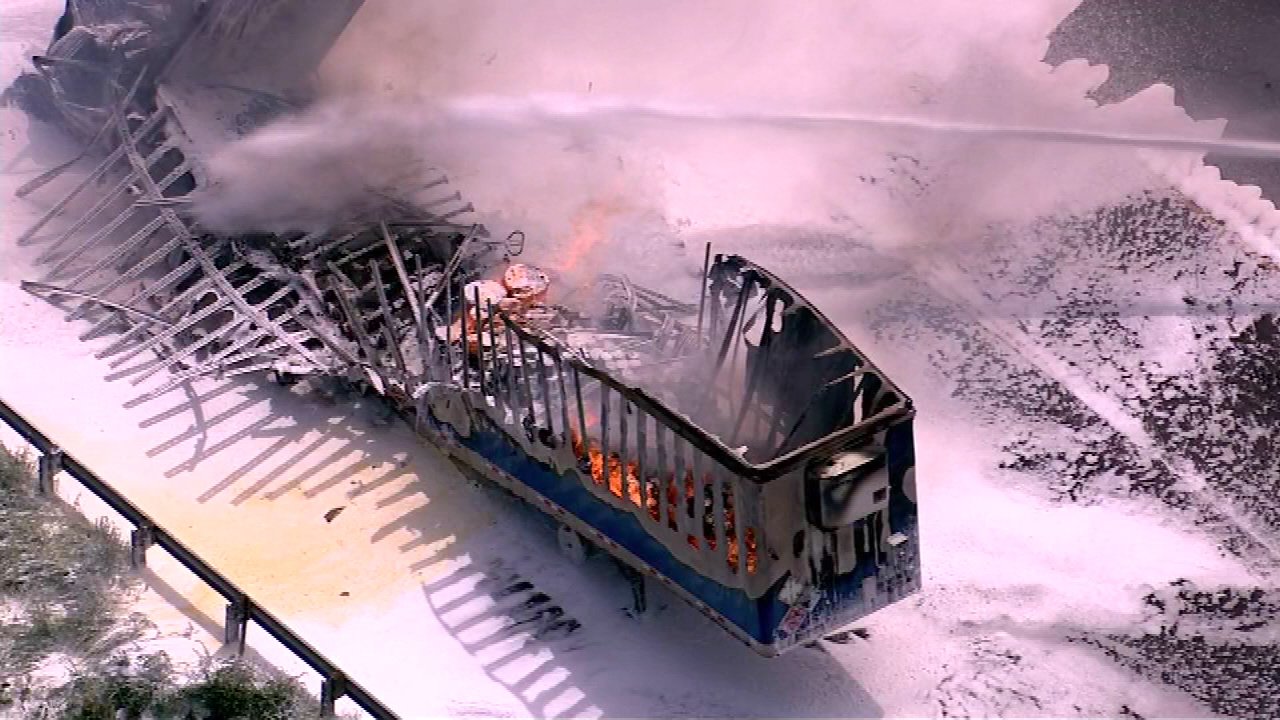 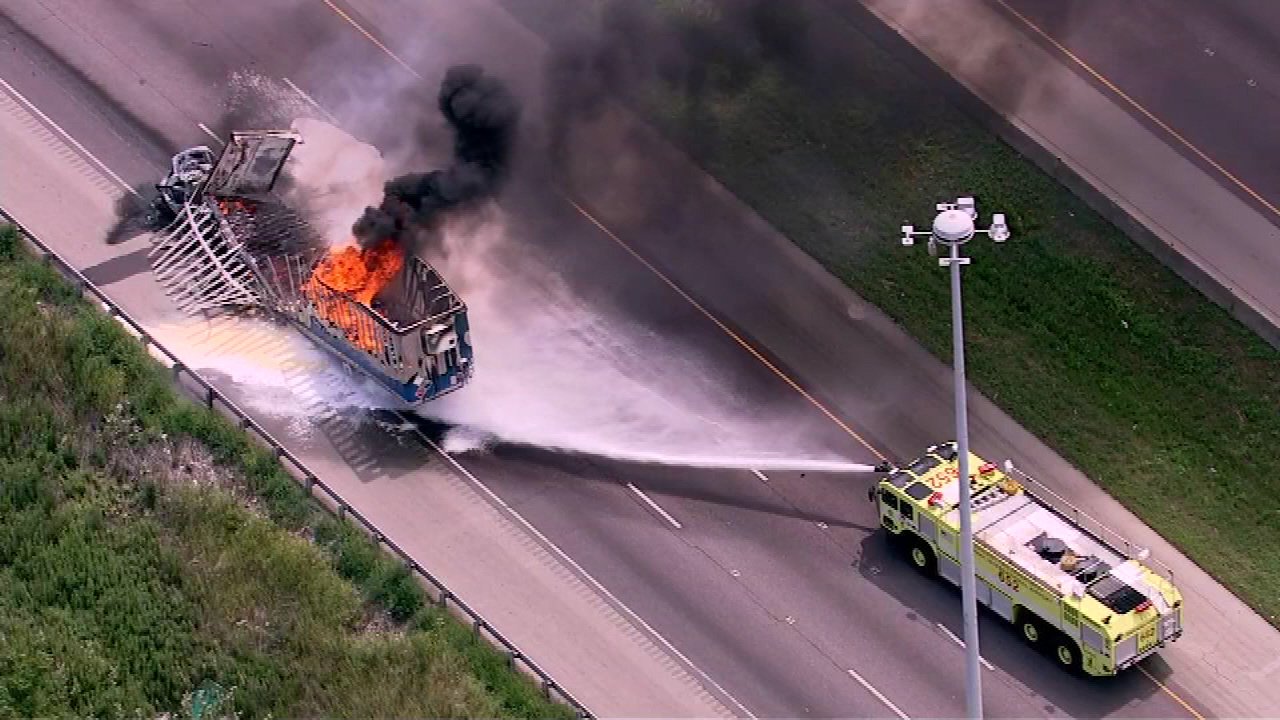 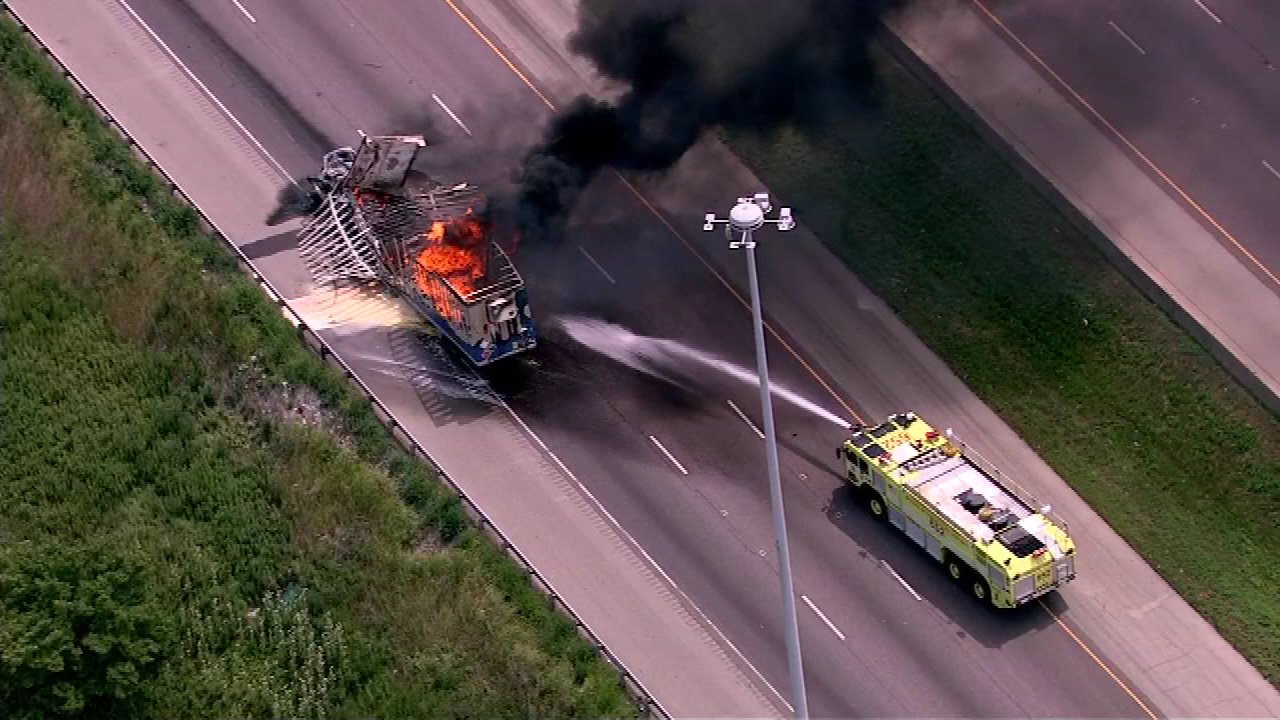 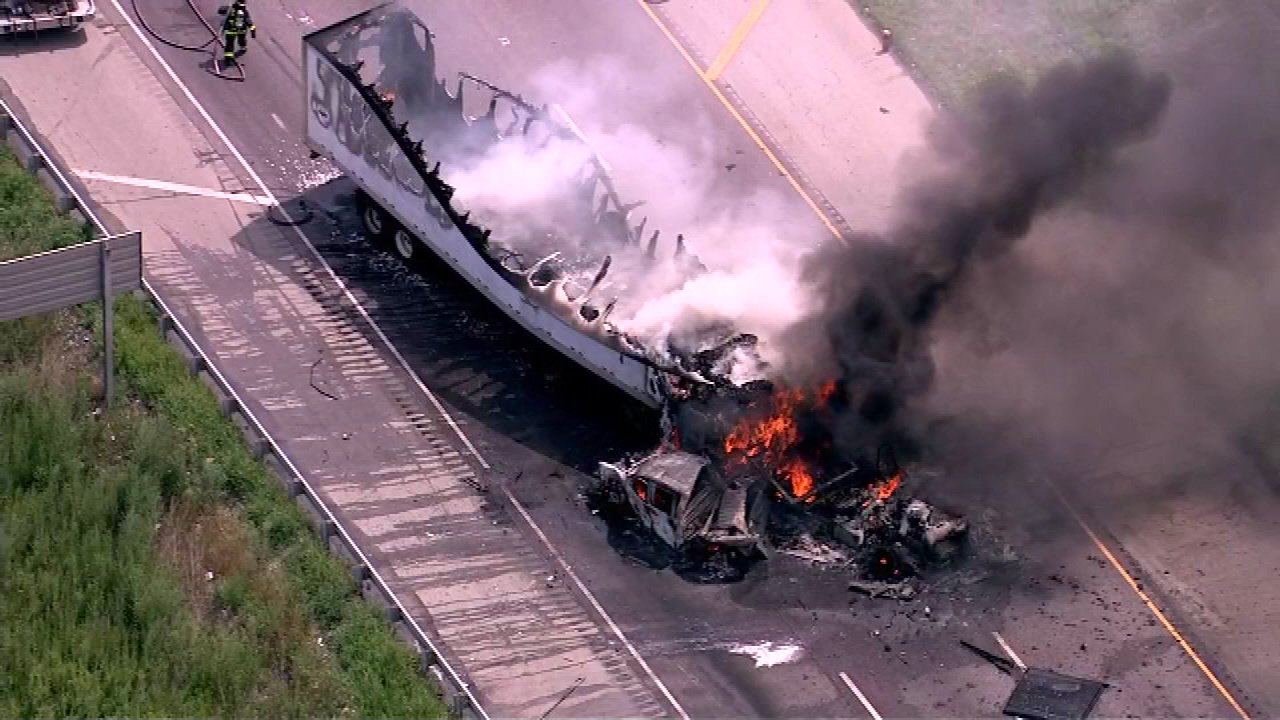 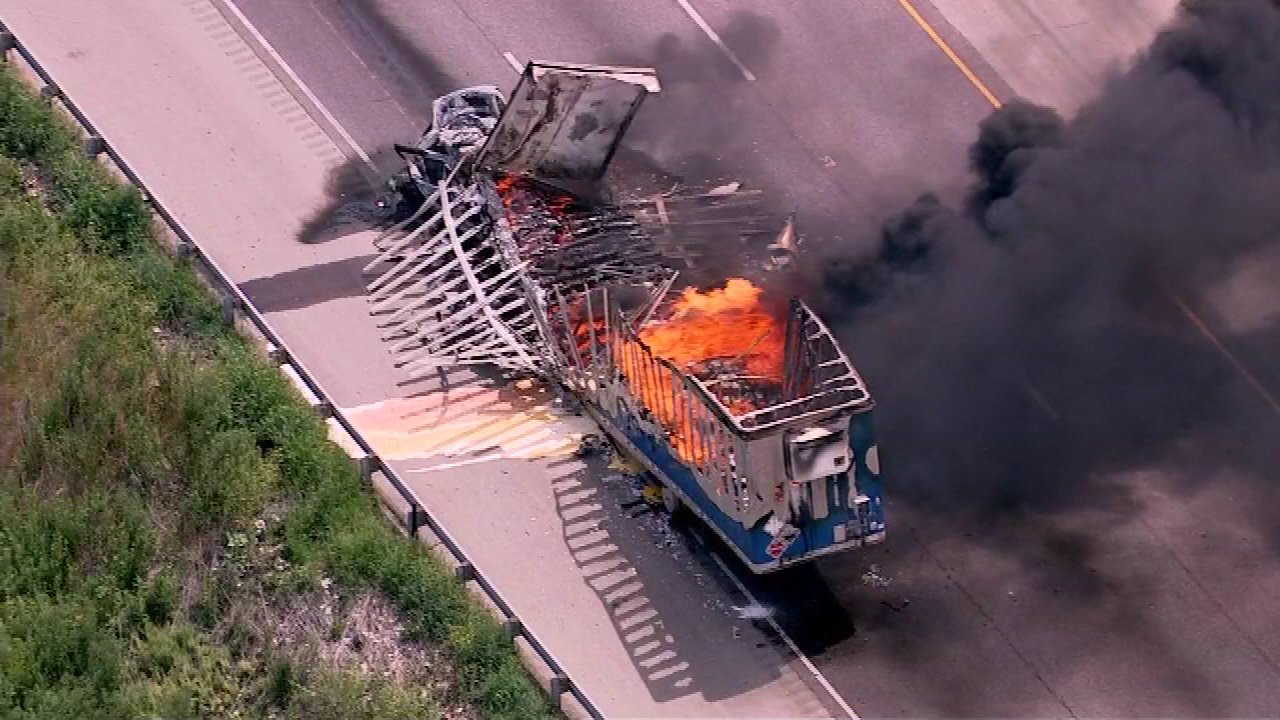 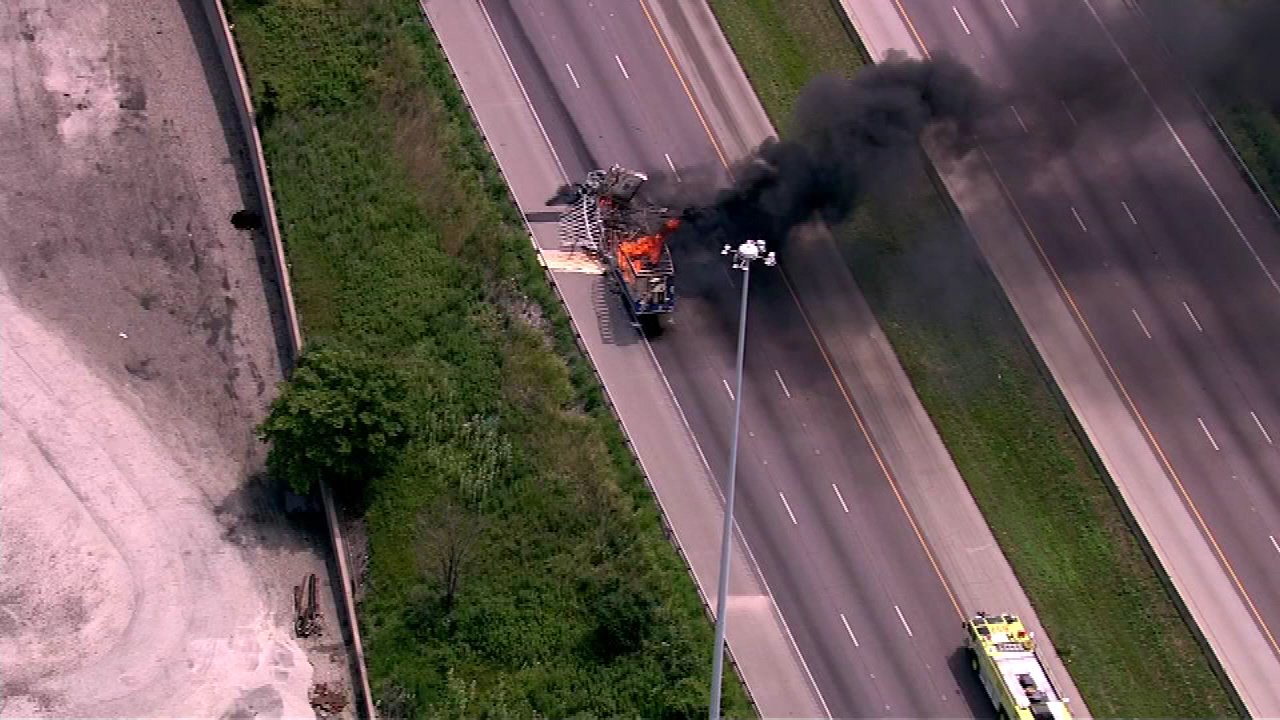 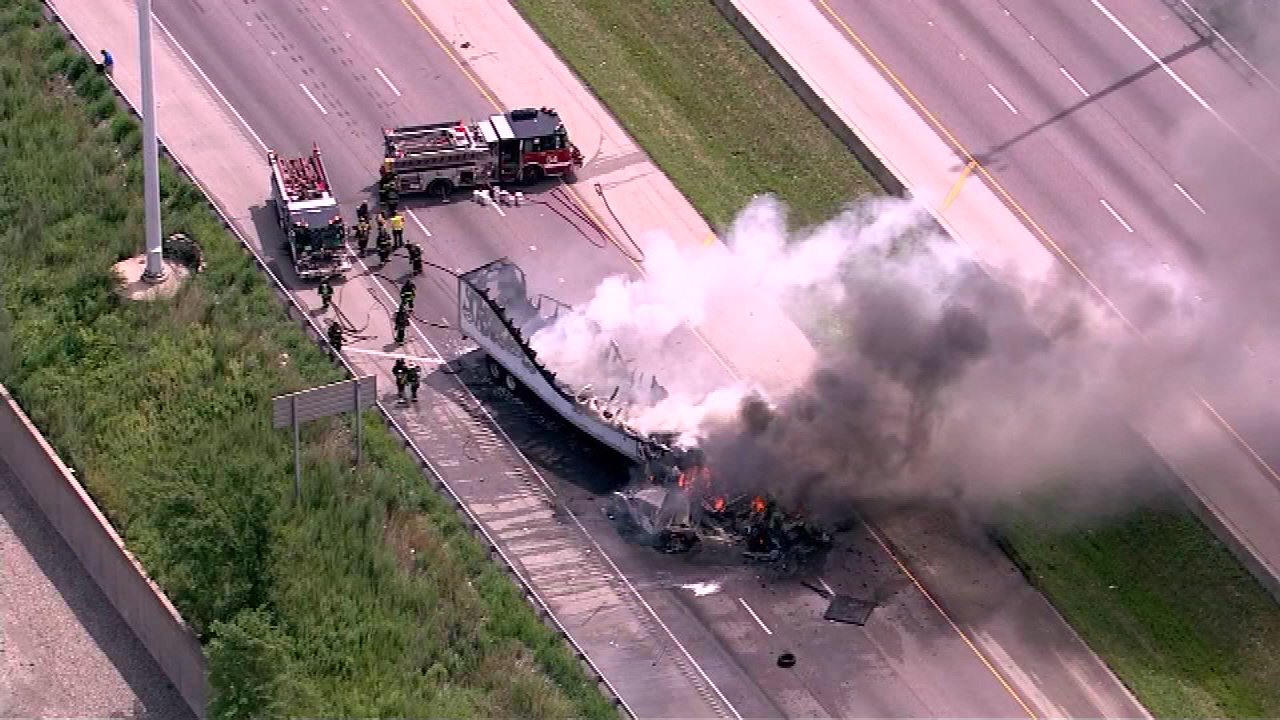 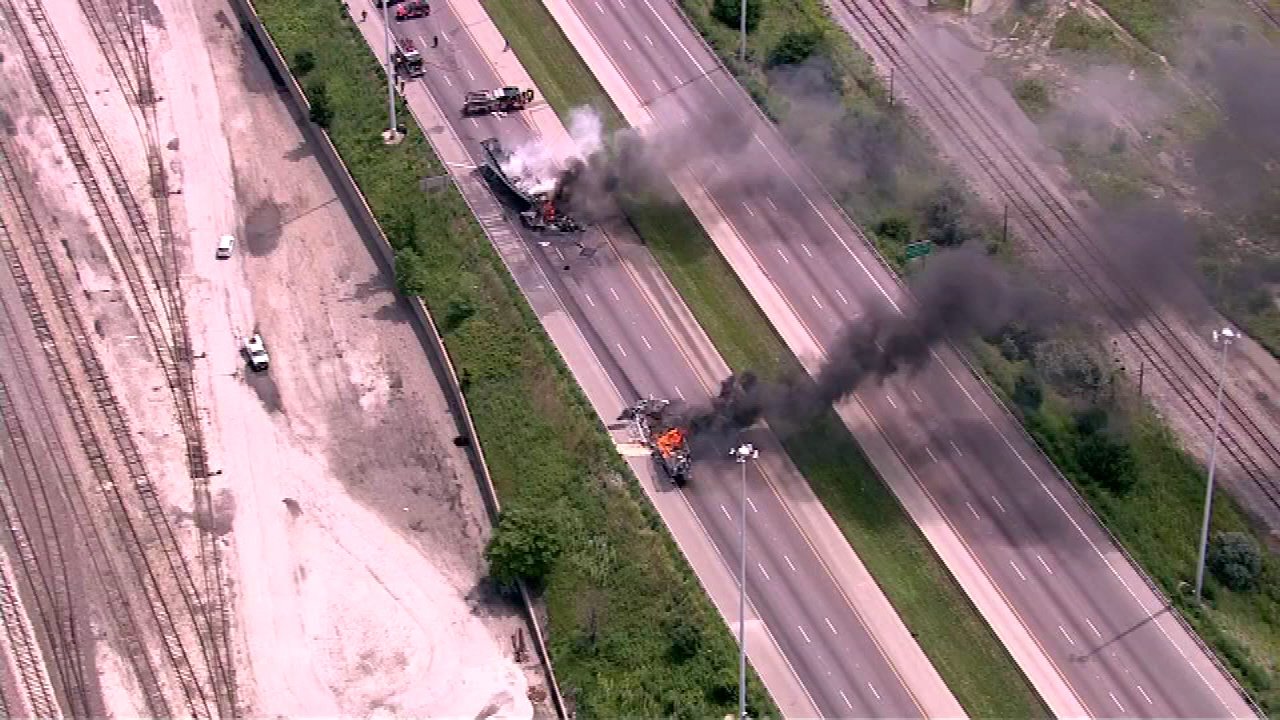 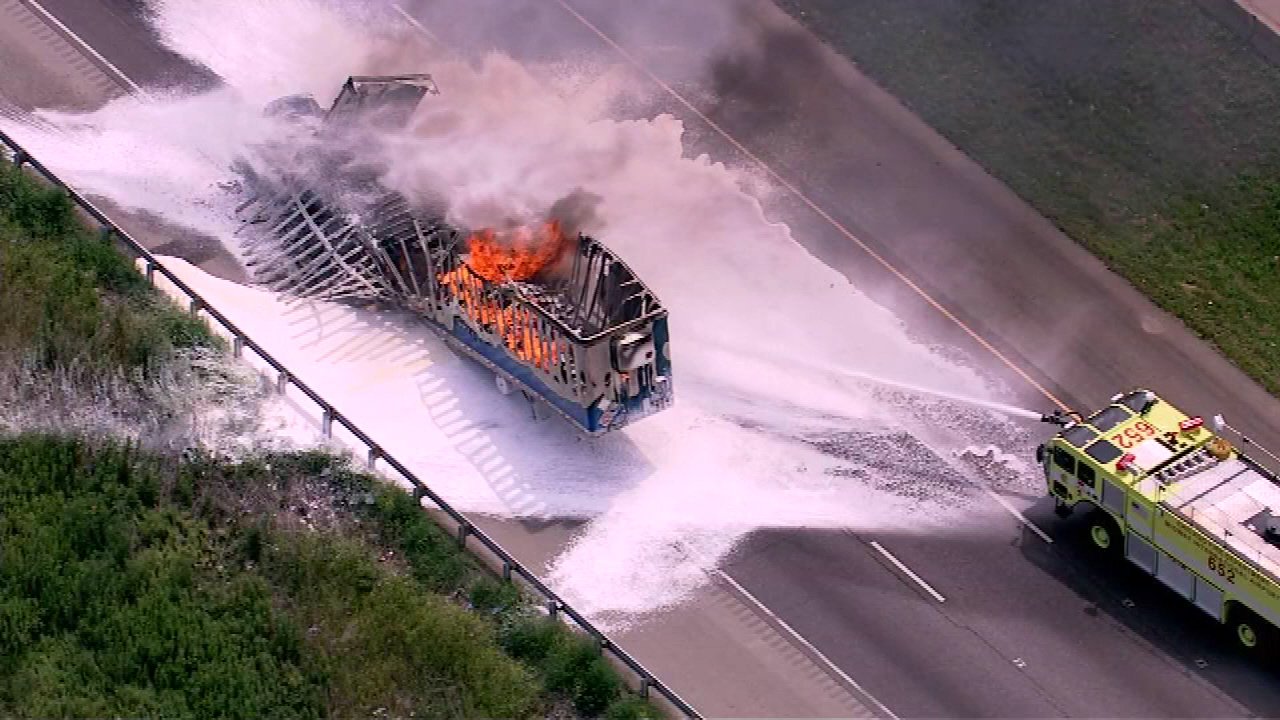 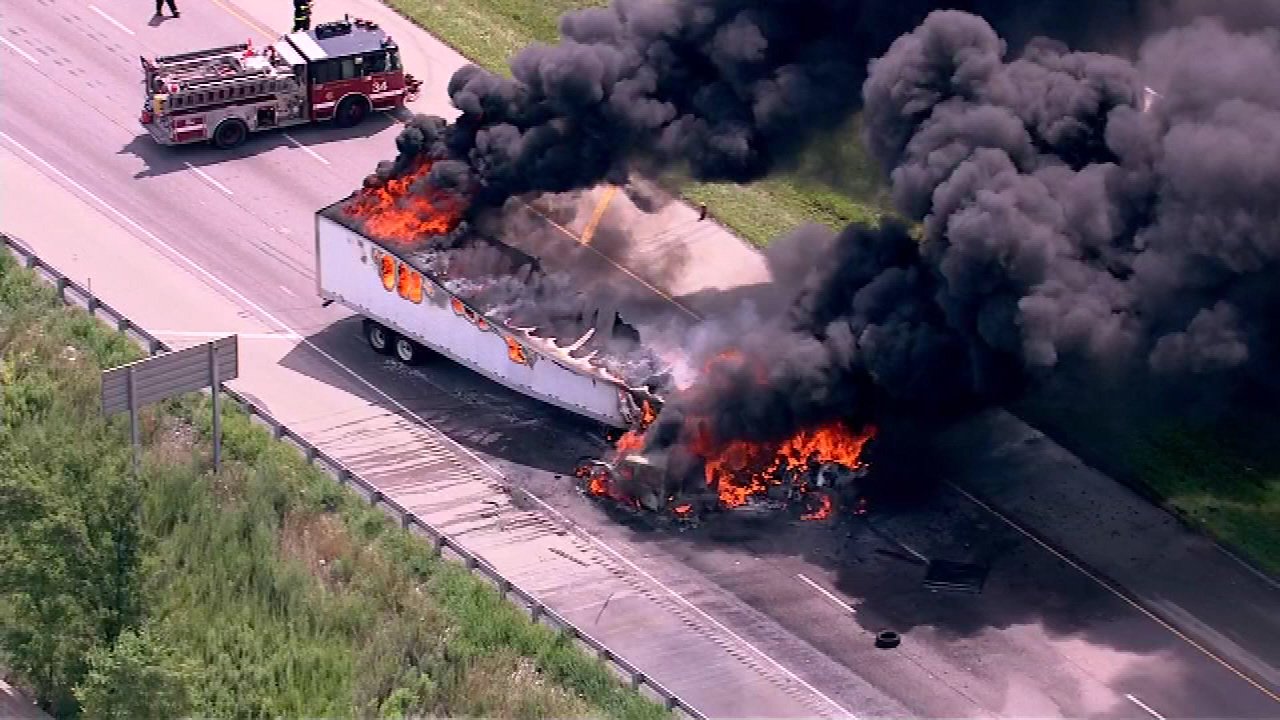 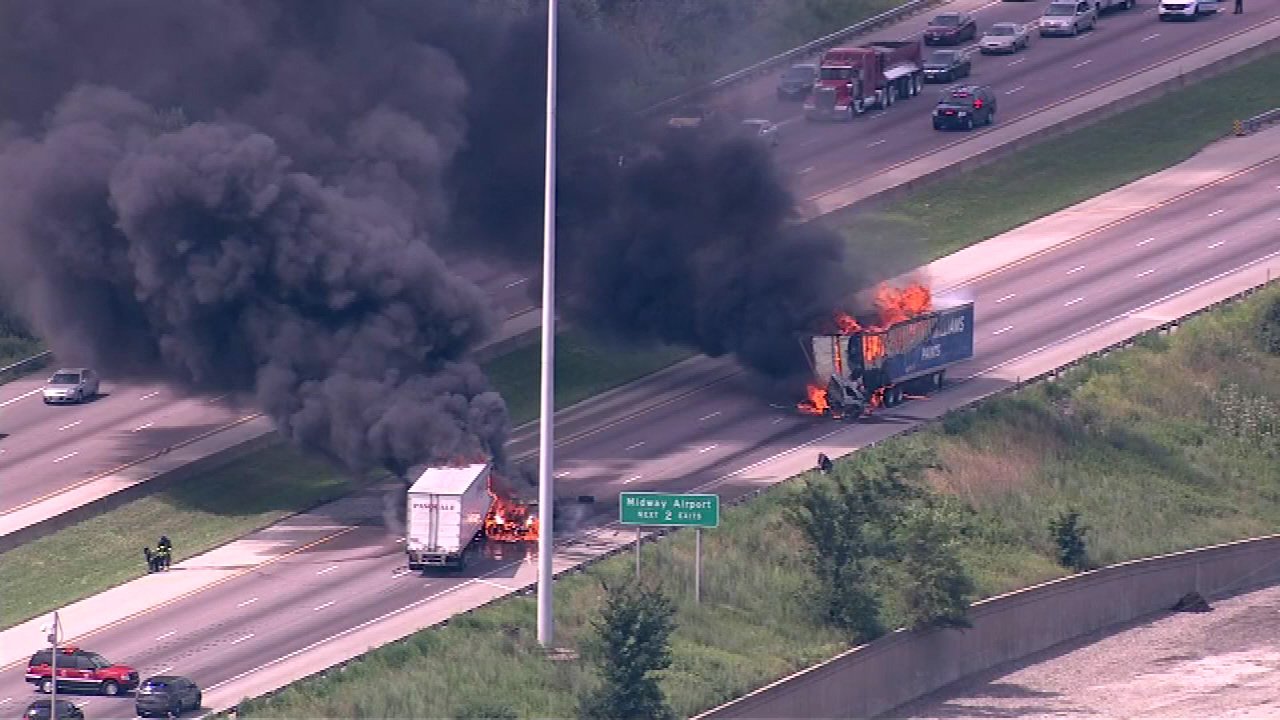 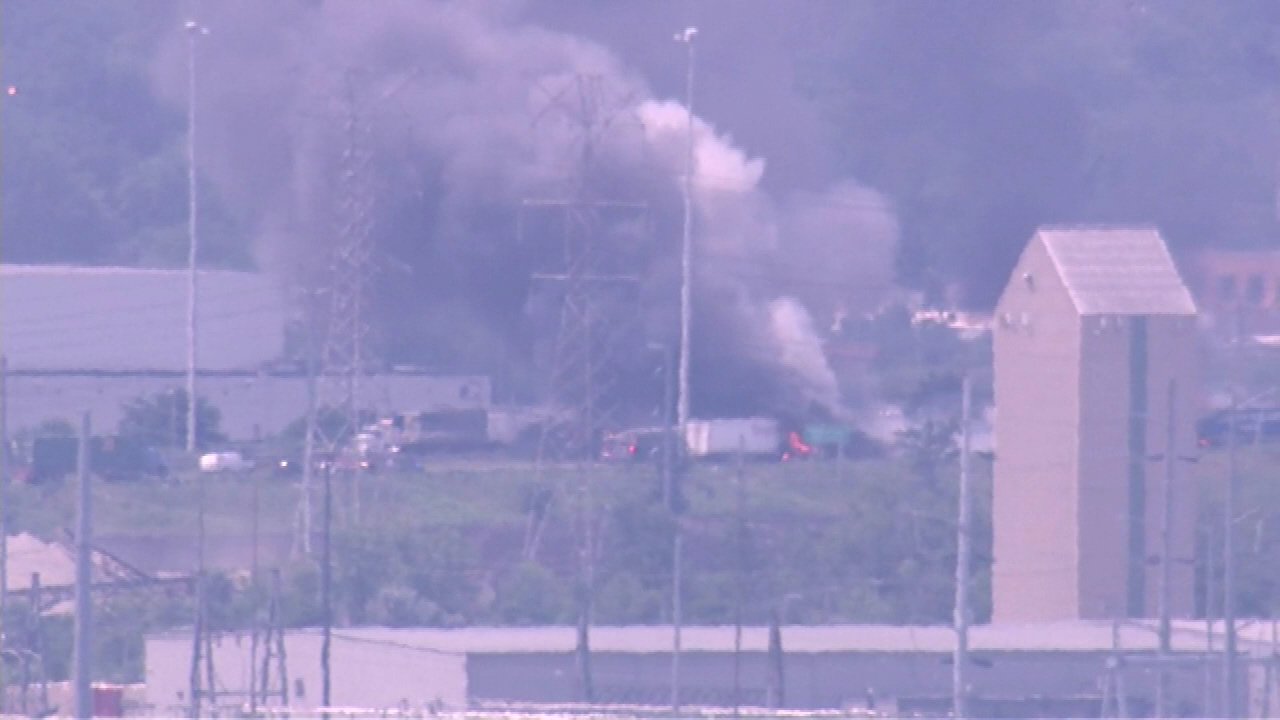 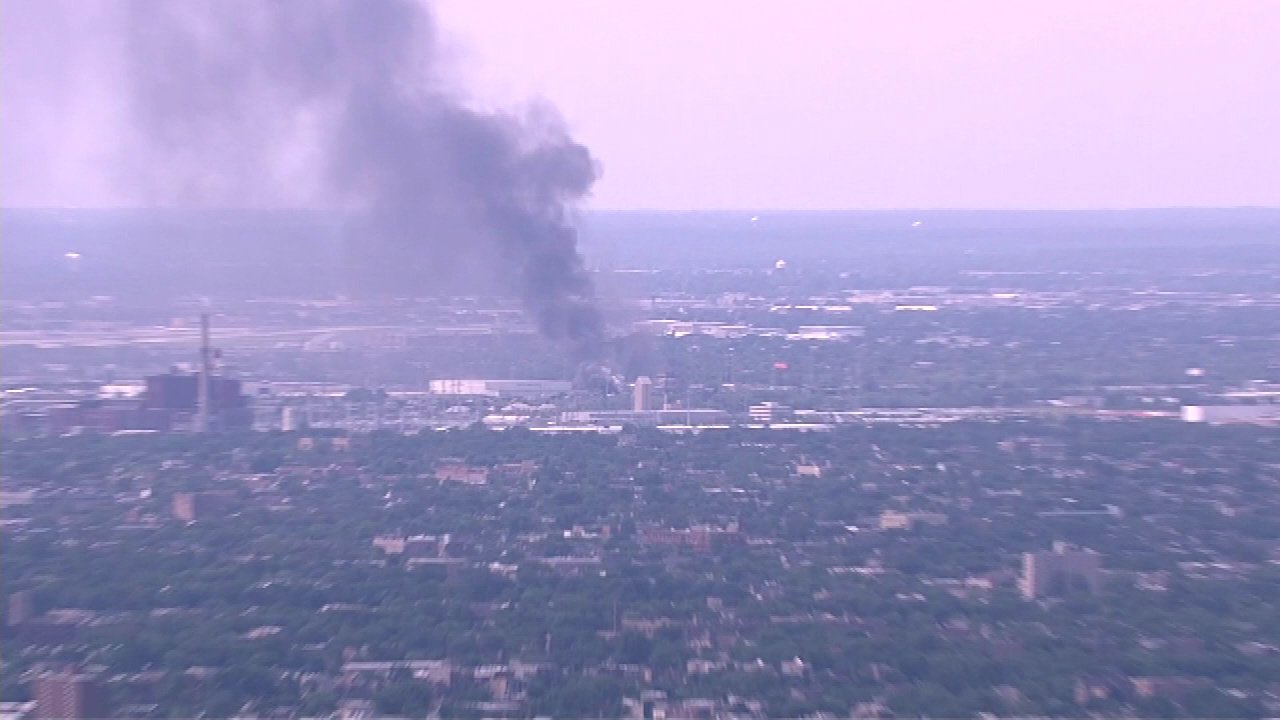 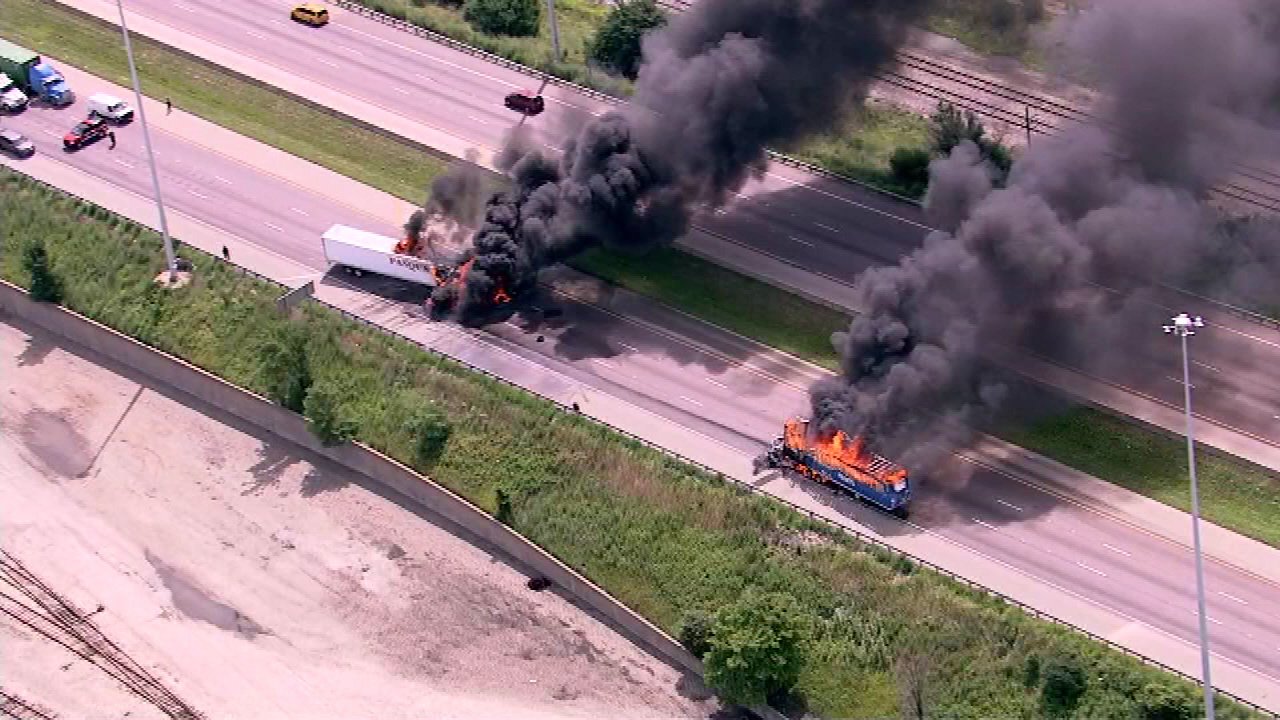 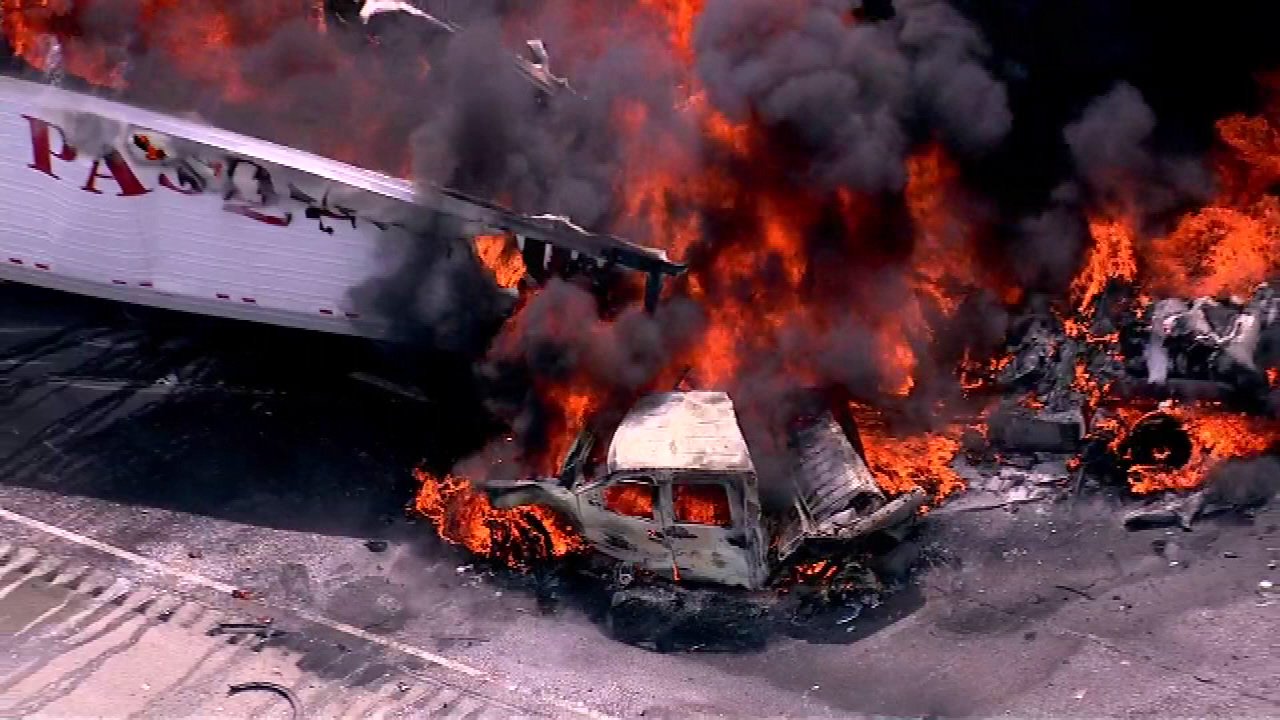 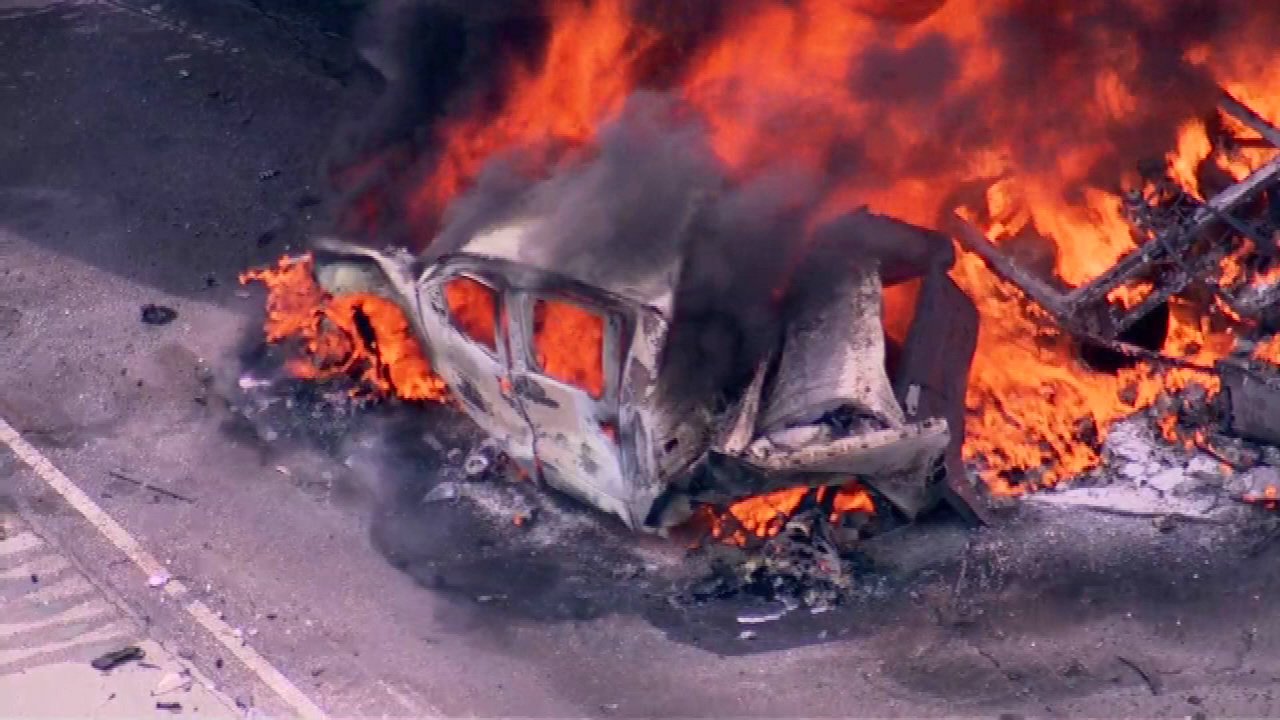 The other four drivers managed to escape the crash on the Stevenson Expressway just east of Cicero Avenue. The expressway was closed in both directions at the crash site for nearly three hours. All lanes of northbound I-55 were reopened by 4 p.m. Southbound I-55 reopened around 12:05 a.m. Tuesday, nearly 14 hours after the crash.

Illinois State Police said the two trucks collided on outbound I-55 near Cicero around 10:50 a.m. Monday. All of the vehicles appeared to be fully engulfed by flames, and thick, black smoke could be seen for miles.

The fire department upgraded the blaze to a two-alarm around 11:25 a.m. State police said one of the semis was hauling a hazardous material - 17,800 lbs. of paint. The other was carrying 40,000 lbs. of frozen meat. A Level 1 hazmat response was called. CFD dispatched a foam truck from Midway International Airport to help put out the flames. The fire was extinguished by around 11:55 a.m.

All three cars were destroyed by fire. State police are investigating whether the cars were involved in the original crash or if they were collateral damage.

Traffic on I-55 was backed up for miles in both directions Monday. Drivers were advised to seek alternate routes.

The drivers of both trucks were unharmed. One person in a passenger car was taken to the hospital in stable condition, but it wasn't until the fire was struck and a search conducted that a body, inside a minivan stuck underneath the first semi, was discovered.