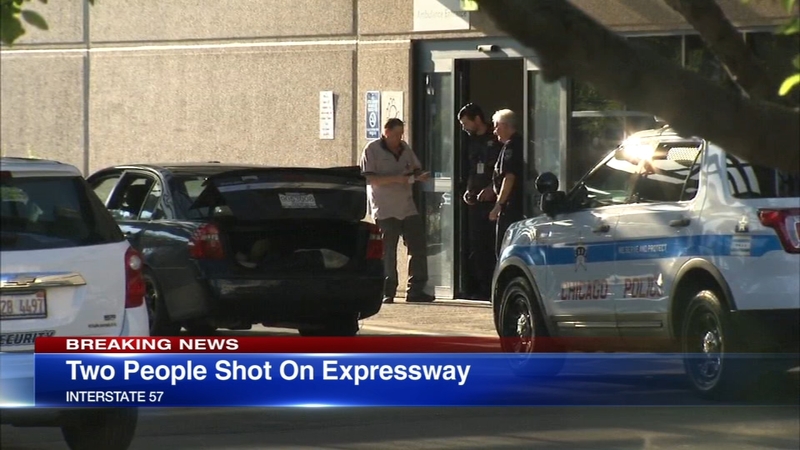 Authorities said they were notified of a shooting around 4 p.m. involving two vehicles, a Chevy and a Jeep.

Video from Chopper 7 HD showed Illinois State Police investigators placing evidence markers on the shoulder of I-57 Southbound where the gunfire appeared to have taken place.

Police said the victims drove themselves to Little Company of Mary Hospital in Evergreen Park. State Police said they initially found nothing at the scene but then at about 4:30 were notified by Chicago police of the two victims.

Police said the victims were in the Chevy sedan.

Both victims are in stable condition and have been transferred to Stroger Hospital.

The circumstances surrounding the shooting were not immediately clear. An investigation is ongoing.