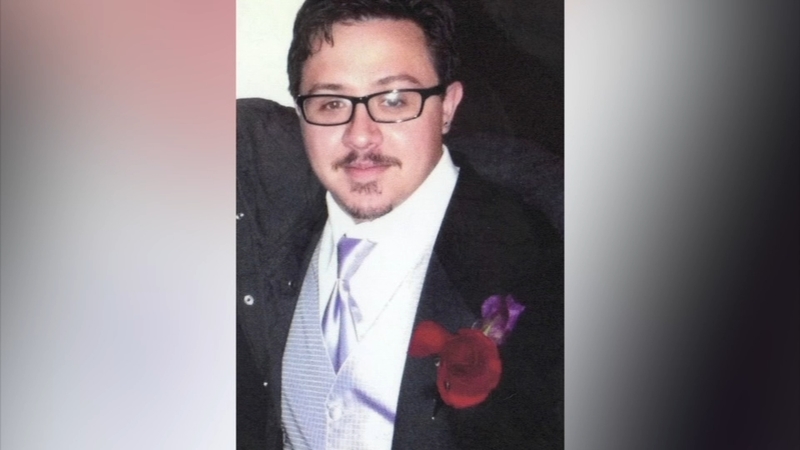 NEW LENOX, Ill. (WLS) -- The family of a man who was killed in a crash on I-80 in January said his car had been struck and disabled by a commercial vehicle that fled the scene before another car crashed into him, causing his death.

On January 18, police responded to a crash on I-80 just east of I-355. Investigators said a 2005 Toyota 4Runner heading east on I-80 struck the front driver's side of a 2011 Kia Soul that was stopped in the center lane.

Aaron Scofield, of Chicago, was thrown from the Kia on impact and died. His mother, Linda Brodnicki, and her husband Jim have spent the nearly three months since searching for answers.

"We got a call from his wife, probably about 6:30 a.m., because he hadn't returned home," Brodnicki said.

Aaron had finished work early at the Amazon fulfillment center in Joliet and was on his way toward Chicago at the time of the crash.

"At the time they just said it appeared that his car stalled on I-80 facing north-northeast. He was hit by another vehicle that was trying to swerve out of the way," she said.

Investigators said that impact killed him. But now investigators have discovered Scofield's car had been hit once before, a few minutes earlier than the fatal impact.

Investigators said his car was sideswiped by some sort of commercial vehicle, disabling it in the middle of the interstate. According to investigators, tire marks on the surface of I-80 indicated the truck hit the brakes and briefly stopped before the driver took off.

The family is asking the driver or witnesses to come forward to investigators.

"In good conscience they need to come out and say something," Brodnicki said.