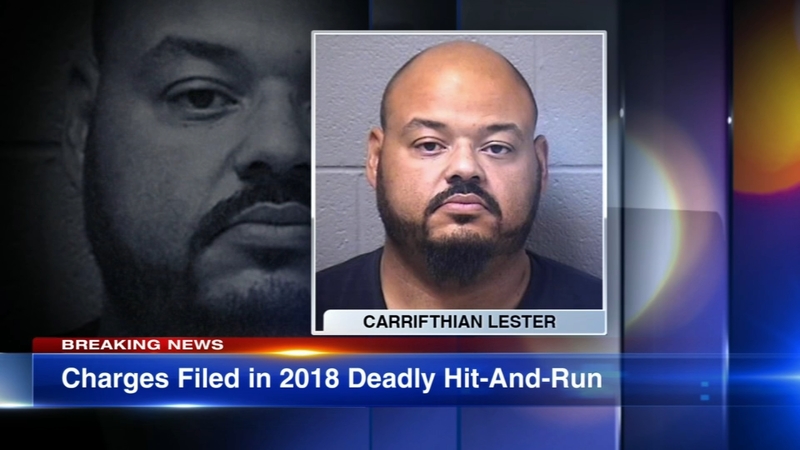 NEW LENOX, Ill. (WLS) -- An arrest has been made in a deadly hit-and-run that went unsolved for more than a year and a half.

RELATED: Man who died after being ejected from vehicle in I-80 crash identified

Aaron Scofield, of Chicago, was thrown from the Kia on impact and died.

Investigators discovered Scofield had been struck and disabled by a commercial vehicle that then fled the scene, leaving his Kia disabled with its lights off in the middle of the road.

RELATED: Man killed in January I-80 crash had been hit before fatal impact