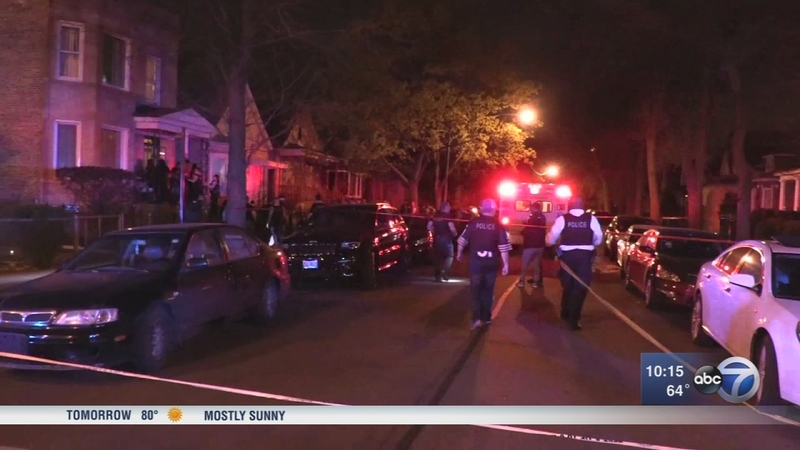 CHICAGO (WLS) -- Where Mexican drug cartels and Chicago gangs come together is what law enforcement calls the "choke point." Those relationships drive violence in Chicago and now local and federal law enforcement officials are trying to figure out how they can reduce the pressure and stop shootings and homicides.

Someone is shot in Chicago, on average, every two and a half hours. The murder rate is moving along at the same record-setting pace as last year.

"A lot of the shootings and homicides are social media-driven, over some kind of altercation. Somebody said something about somebody else. Much like the violence and the shootings, the drug game-everything changes, it evolves, moves and adapts," said Dennis Wichern, DEA Chicago Special Agent in Charge.

The head of the U.S. Drug Enforcement Administration in Chicago told the I-Team that a decade ago the shootings and murders were over drug turf.

How crime evolves here is studied by the DEA, FBI and Chicago Police Department. A joint intelligence report was recently released to highlight some of the issues plaguing Chicago.

"We have 100,000 gang members in the city of Chicago, most of their profits, most of their work comes from the distribution of drugs on the street level," Wichern said.

With the world's most notorious drug lord, Joaquin "El Chapo" Guzman, back behind bars, the landscape is changing for the Mexican cartels and their operations in Chicago.

"Sinaloa in Chicago specifically, I think has been the primary cartel that we've seen here, but we've seen many other cartels get a hold here as well. You have New Generation, who is an extremely violent cartel, it's become increasingly more violent because I think Chapo's arrest, and maybe somewhat of a breakdown of the Sinaloa Cartel," said Don Rospond, DEA Assistant Special Agent in Charge.

Rospond said the cartels are jockeying for territory.

"You'll have the Mexican cartel representatives, they will send a cell head up here - we call them cell heads, person to oversee cartel operations in the city. They forge a relationship with higher ranking gang members. We actually call it the choke point," he said.

This strong relationship between the city's gangsters and Mexican drug cartel members fuels violence on the South and West sides. This latest joint report said the "spike in the shootings and homicides was sudden and sustained" but "the cause of the increase in violence is unclear." The analysis does show gang-related violence tends to go up on anniversary dates celebrated by respective gangs, and on days of gang funerals. Contrary to popular belief, weather is not believed to have played a big role in the increase in homicides last year to more than 760.

A major challenge for law enforcement is that gangs in Chicago are unorganized and fragmented, and lack strong leadership. There are an estimated 600 different gang factions.

Even though there was 44 percent drop in drug arrests by Chicago police from 2015 to 2016, the DEA said t remains focused on breaking up the command and control of the various gangs, aiming to get as much heroin and fentanyl as possible off the streets until the next "hot" drug comes along.

"Our drug threat is going to change in the next couple of years in Chicago. So, to me, it's just how crime changes," Wichern said.