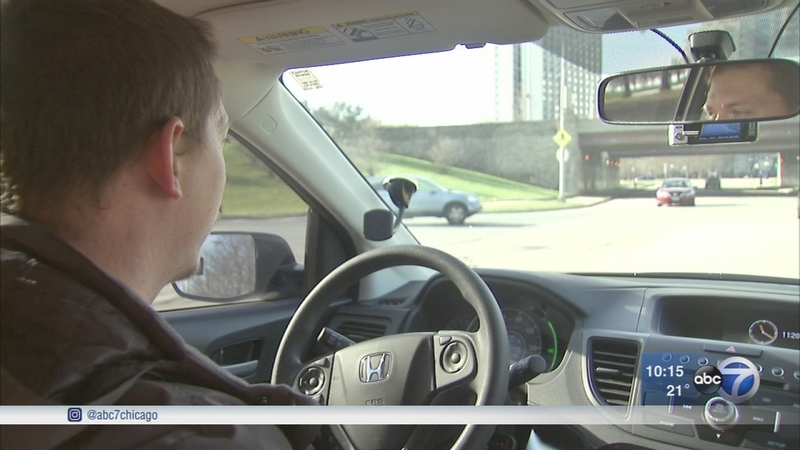 One angry customer who contacted the I-Team said he feels like he's driving a washing machine. The ABC 7 I-Team found people have experienced a similar problem in an older model.

The man who emailed the I-Team said he's dealing with persistent pulsating when he drives his new 2016 SUV.

It doesn't appear to be a safety issue, but imagine a shaky vibration in your vehicle every day.

A buzzing sound, headphones rattling on the headrest, a plastic cup shaking and a vibrating door, all of it happens as Uptown resident Brandon Franklin sits in his $26,000 new 2016 Honda CR-V.

"I drive for Lyft and this was my work vehicle. I saved up a lot of money to pay for this vehicle; it's paid for. And, now, that was a bad investment for me," Franklin said.

The shaking, he said, happens whenever the vehicle is moving slowly or sitting idle.

"It's hard to drive a vehicle that has vibrations, to drive 12 hours a day especially in traffic, daily traffic. It's not very comfortable to deal with...it feels like I just bought a washing machine or I just bought a very expensive massaging chair," Franklin said.

Franklin said he brought the SUV into several dealerships that couldn't help him. On the phone, Honda told the I-Team multiple inspections have been done on his car and "for this particular vehicle it's considered normal vibration"

Even though one dealer report acknowledges it is the vehicle itself vibrating, they also said nothing could be done.

A YouTube search shows videos of several other shaky CR-Vs but most of them for the 2015 model. Although consumers have also complained of vibrating in the 2016 model on NHTSA, vehiclehistory.com and carcomplaints.com.

Honda addressed the vibrating problem in the 2015, even releasing their own YouTube video.

"While this vibration presents no operational or safety concern, you should have your vehicle inspected by a Honda dealer whenever you feel an abnormal vibration," the video said.

The video shows how it's fuel efficient engine may have caused vibrations in the driver's seat, and Honda offered a fix to customers, which it said was incorporated to all 2016 models like Franklin's.

"I am very disappointed with Honda's response," he said.

He said the annoying shaking in his CR-V suggests otherwise.

"The vehicle literally shakes, if feels like you're sitting on a massaging chair or a jackhammer feel. It's very noticeable. You can see the passenger seat literally shaking," he said.

To avoid potential manufacturer issues in newer vehicles, you may want to wait several months for the newest model to be on the road. Then research online and check automotive magazines.