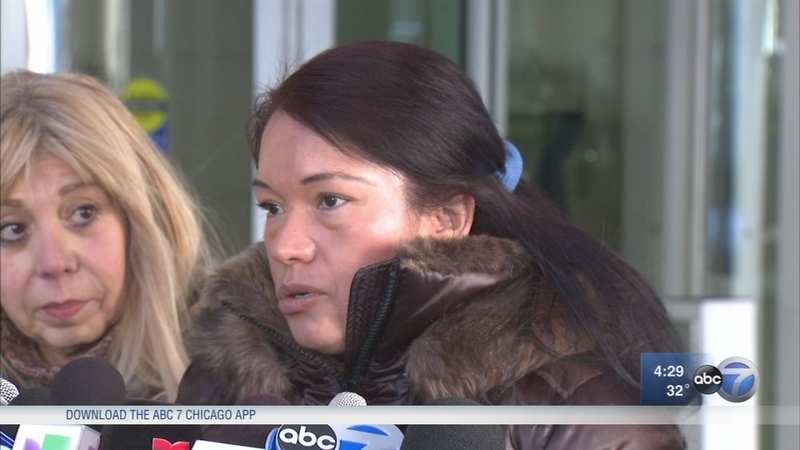 CHICAGO (WLS) -- Elvira Arellano, who became the face of the immigration debate in 2006 when she took refuge inside a Humboldt Park neighborhood church, continues her fight to stay in the U.S.

On Wednesday, she was required to check-in with officials at the U.S. Immigration & Customs Enforcement offices in Chicago. Authorities extended her permit for one more year.

Her 18-year-old son, Saul Arellano, reacted with relief. He is about to graduate from high school and has become an advocate for others like him.

"I don't want other kids to be in the same situation where they see their parents getting separated from them with police cars pointing at them," said her son Saul Arellano, who is a U.S. citizen. "It still hits me, with flashbacks, where I do get anxious."

Wednesday's annual check-in was routine, but such ICE check-ins have sparked worry due to an increased fear of deportation among undocumented immigrants.

Arellano, who made national headlines in 2006, was arrested after the Sept. 11, 2001 attacks in a raid of undocumented immigrants working at O'Hare International Airport.

Her story in Chicago goes back to the 1990s, but despite fighting her deportation and taking refuge in the church for over a year with her then-7-year-old son, was eventually arrested and deported in 2007. Her son went with her.

In 2014, Arellano crossed the border again illegally. This time when she was detained she requested asylum.

Her asylum case is still pending. Arellano's attorney said these cases usually take a few months, but was not sure why this case has taken about three years.

Elvira Arellano became the face of the immigration debate in 2006 when she took refuge inside a Humboldt Park neighborhood church.