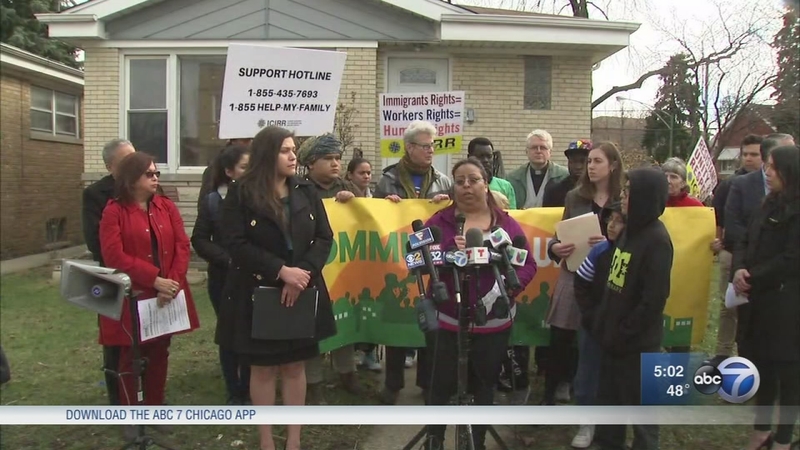 CHICAGO (WLS) -- Neighbors are calling for an investigation after a northwest side man was shot in his home by ICE agents.

Felix Torres, 53, was shot in the arm by Immigration and Customs Enforcement Agents around 6:20 a.m. Monday. The agents were attempting to arrest a different person who lived in the home, and said someone pointed a weapon at them.

Chicago police were not involved in the raid, and that has many around the Belmont-Cragin community concerned about federal agents taking action.

"When you have U.S. citizens and legal residents having ICE agents burst into their house, everyone should be concerned about that. This shooting has exacerbated fears in the Chicago community already coping with hostile rhetoric," said Ruth Lopez, National Immigrant Justice Center.