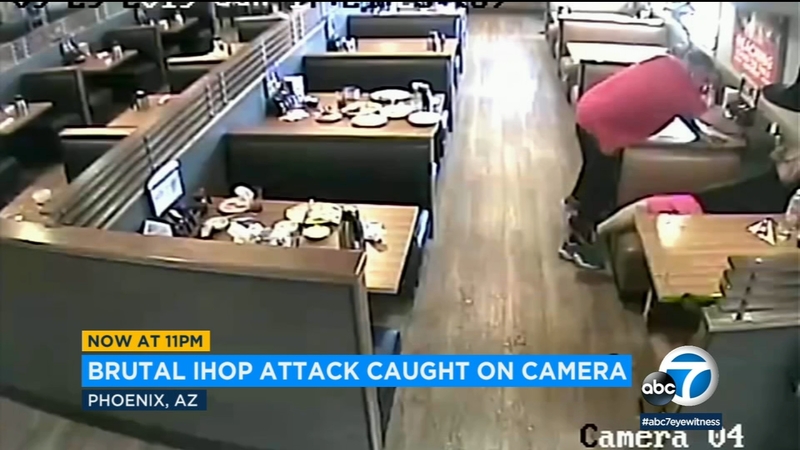 PHOENIX, Ariz. -- A violent rampage at an IHOP restaurant in Phoenix was caught on video.

The footage shows a man - later identified as a 47-year-old homeless veteran with mental health issues and a criminal record - grabbing a coffee pot and beating two random women.

Surveillance footage later shows her with blood on her face. At one point she returns to get her things, but the man then throws a podium at her.

She starts to fight back and the two can be seen throwing cups and dishes at each other.

Later the suspect steals a purse left behind by a family that fled the restaurant when the violence began. He goes into the kitchen and starts a fire on a stove, burning himself in the process.

The attack happened in September, but the footage was released this week. The suspect was arrested and is facing multiple charges.

A suspect described as a homeless veteran was seen on video randomly attacking several people at an IHOP in Phoenix.