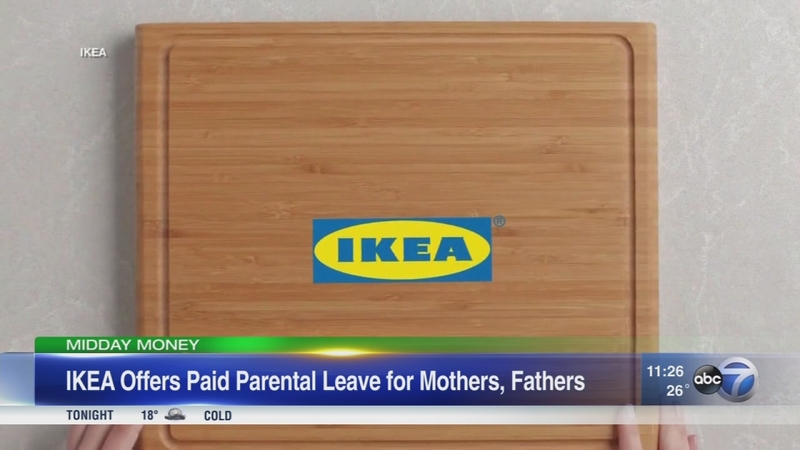 Ikea to expand paid parental leave for US employees

NEW YORK -- Ikea will significantly expand paid parental leave to up to four months for about 12,000 salaried and hourly employees in the U.S., following similar overtures from tech companies like Netflix, as it strives to keep good workers in an improving job market.

Under the current system, Ikea parents are eligible for five days of paid leave, and six to eight weeks of short-term disability. The length of disability leave depends on the type of birth: six weeks for vaginal and eight weeks for cesarean section.

The Swedish company, the largest furniture retailer in the world, said parental leave benefits apply to birth mothers and fathers, as well as adoptive and foster parents. They apply to both to salaried and hourly workers.

Overall, paid maternity and paternity leave in the United States lags behind standards established elsewhere. Still, companies like Netflix, Adobe and Microsoft have made changes recently.