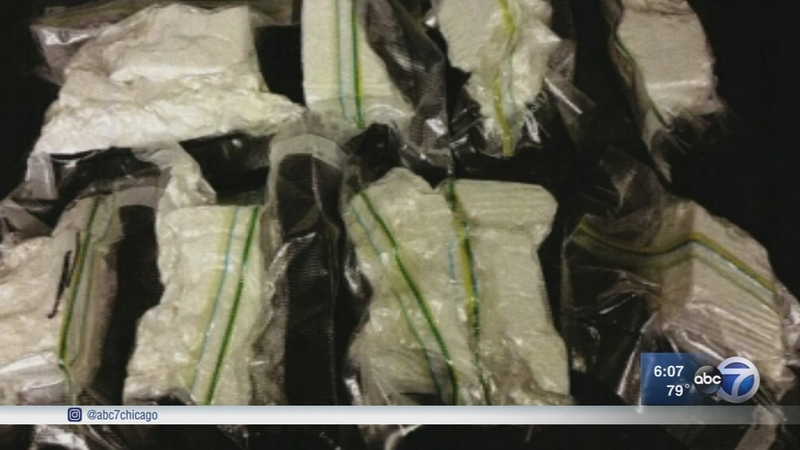 A major drug operation in Chicago and the suburbs has been dismantled according to federal authorities after a two year investigation that offers a glimpse of the long-suspected "smugglers highway" between Mexico and Chicago.

Among those named in new federal charges is Carlos Fuentes, 40 of west suburban Riverside. Federal investigators say that Fuentes was in the U.S. illegally and told them that he managed to sell large quantities of cocaine and heroin in the Chicago area since 2004....a period of more than 12 years.

During a free-wheeling interview, federal drug agents say Fuentes described how drugs were shipped in refrigerated semi-trailers from Mexico, through Texas and then to Chicago. He said the drugs were hidden in a false wall near the cooling unit of the truck that did not appear on X-ray machines used by authorities at the border.

Investigators have long said that a smugglers highway exists between Mexico and Chicago and that tractor trailers smuggling humans across the border frequently use the same routing and equipment as drug cartels. On July 22nd 10 people died and 29 were hurt when a non-working refrigerator truck filled with undocumented people was found in San Antonio, TX in one of the worst cross-border smuggling disasters in recent history. Authorities say the same cartels that smuggle drugs also smuggle people.

"These are criminal organizations that transport these people into the country. The same organizations, the same illicit pathways that smuggle drugs, smuggle weapons and smuggle people that want to do harm to this country" said ICE acting director Thomas Homan on Thursday.

Among the accused ringleaders of the Chicago drug operation was Aurielo Abrego, 45, of Chicago.

Using secret cameras and cell phone intercepts, investigators say Abrego used coded language to try to conceal a mega-illegal drug business. In the glossary of words that meant something else, federal drug agents say they identified these during hours of recorded conversations: