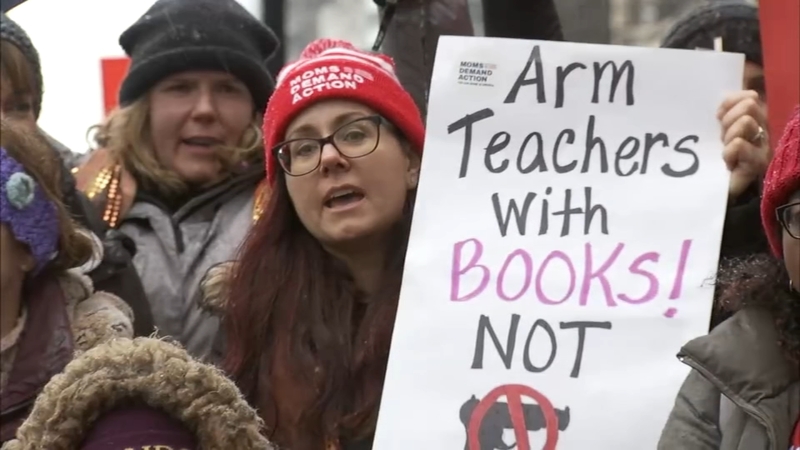 CHICAGO (WLS) -- Members of the Illinois Association of School Boards voted Saturday against a resolution that would give school districts the option to train and arm staff.

In a statement released Saturday, IASB representatives said that the measure would have only allowed trained staff to carry guns and was intended to allow school districts to "decide what is best for their communities."

The resolution was mostly supported by rural districts that were concerned about emergency response time and their ability to hire resource officers, the statement said.

Those who opposed the resolution rejected the idea that armed staff would make schools safer, the statement said.

The IASB vote on "Resolution 2" is expected to take place during the organization's annual conference at the Hyatt Regency hotel in Chicago.

The American Federation of Teachers opposes the measure, which gun rights advocates claim could deter mass shootings at schools.