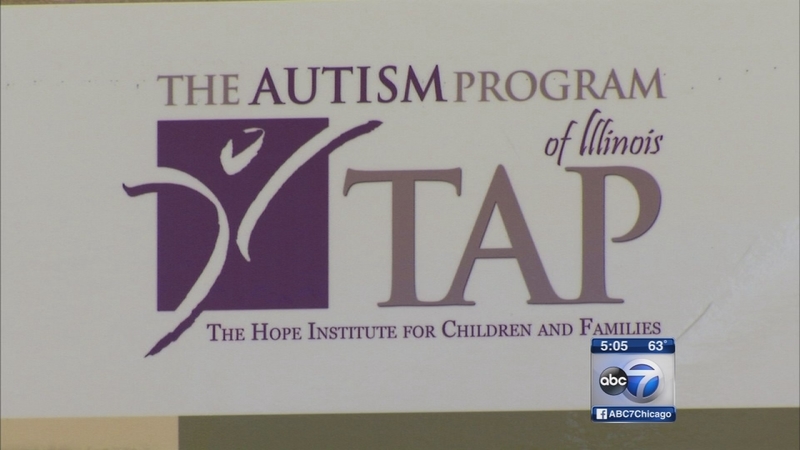 CHICAGO (WLS) -- State funding cuts are threatening services for people living with autism, as families who receive help through a program called the Autism Project say they will be devastated by its elimination.

The Autism Project says Gov. Bruce Rauner confirmed the decision to cut funding for the remainder of the 2015 fiscal year Thursday - on World Autism Day.

Advocates say for every dollar Illinois spends on its best-in-the-nation autism assistance programs, $7 are either earned or saved. So they say cutting well-honed programs that are doing right by their clients is at best misguided - if not plain cruel.

Timotheus J. Gordon is working on his masters in fine arts from IIT, something he never dreamt was possible without the help he got from the Illinois Autism Project (TAP).

"Where else can I go to get help?" Gordon said.

Parents, advocates and administrators say all the progress Illinois has made in the last quarter century, helping people like 27-year-old Jason Vines reach their potential, will be shattered without state funding.

"Our children don't have friends, we do first responder training, my husband has set up a men's support group," said Debra Vines of The Answer Inc., a support group.

Help for autism is not covered under Medicaid.

TAP educates, comforts and funds resource rooms, such as one in the West Side's Hope Learning Center, so parents and kids can feel, as they say, "normal."

Carlos and David Ovalle say their lives will be forever altered if TAP disappears.

"We need this program to help the young with autism otherwise there will be no future for them," Ovalle said.

With so many social service agencies facing cuts, autism advocates recognize they have to sacrifice too. They say, however, giving up everything that has been gained in treating the disorder and bringing hope to its victims is simply too high.

"People like me and people with autism, we want to make a difference," said Arduro Cabral.

In an emailed statement, Rauner's office said that to put the state on a fiscally responsible path, difficult choices were made:

"We preserved core programs to serve the most vulnerable."