As shipments of COVID-19 vaccine arrived in Illinois, Gov. JB Pritzker said the next step in addressing the pandemic are a series of budget cuts to make up for massive revenue shor

Over a 24-hour period, officials said the state processed 92,922 specimens. In total there have been 11,962,010 specimens tested since the start of the pandemic in Illinois.

The preliminary seven-day statewide test positivity from Dec. 8-14 is 10.3%.

The test positivity rate is a metric the state began providing in late October. It is calculated by using the total number of positive tests over the total number of tests. This is the metric being used to by state health officials to make decisions about mitigations.

Governor JB Pritzker addressed what may be the next stage of the pandemic at his Tuesday briefing: dealing with massive revenue shortfalls due to the impact of COVID-19 on business, commerce and industry. Pritzker announced $700 million in budget cuts from the executive branch, which he can cut without going to the General Assembly for approval.

Pritzker said the state is facing a $3.9 billion deficit this year alone. The cuts include $200 million from health and human services, $135 million from economy development, environment and culture, and $71 million from public safety, most significantly from the Department of Corrections.

"Because tax fairness was taken off the table there will be a real human impact here. And while we've scoured the budget for ways to cause the least pain, I'm sorry to say that we simply cannot prevent these losses from touching the real lives of our residents. We just can't," he said.

Response to the announced budget cuts, which can be taken unilaterally by the governor, has been quick. House Republican Leader Jim Durkin saying this is a "self-inflicted budgetary disaster."

The labor union AFSCME, representing state workers, released a statement saying in part, "It is grossly unjust to suggest that frontline state employees who have already sacrificed so much in our current health crisis should bear an outsized share of the burden of fixing the state's fiscal crisis as well."

Pritzker spoke earlier in the day from Peoria Tuesday morning and called it an "exciting moment" as healthcare workers began getting vaccinated.

"These healthcare workers have been working all throughout this pandemic, taking care of people on the front lines, these are our heroes and our heroes have now stepped forward to get their vaccine and to show the way for everybody else," Pritzker said.

But even as vaccination efforts ramp up around the state, some hospitals like Edwards and Advocate Aurora say they have not received shipments they expected to arrive Monday, forcing them to reschedule those employees who were already signed up for inoculations this week.

While there seems to be some confusion regarding when each hospital is set to receive their vaccines from, Gov. Pritzker said, none of these shipments were coming from the state. 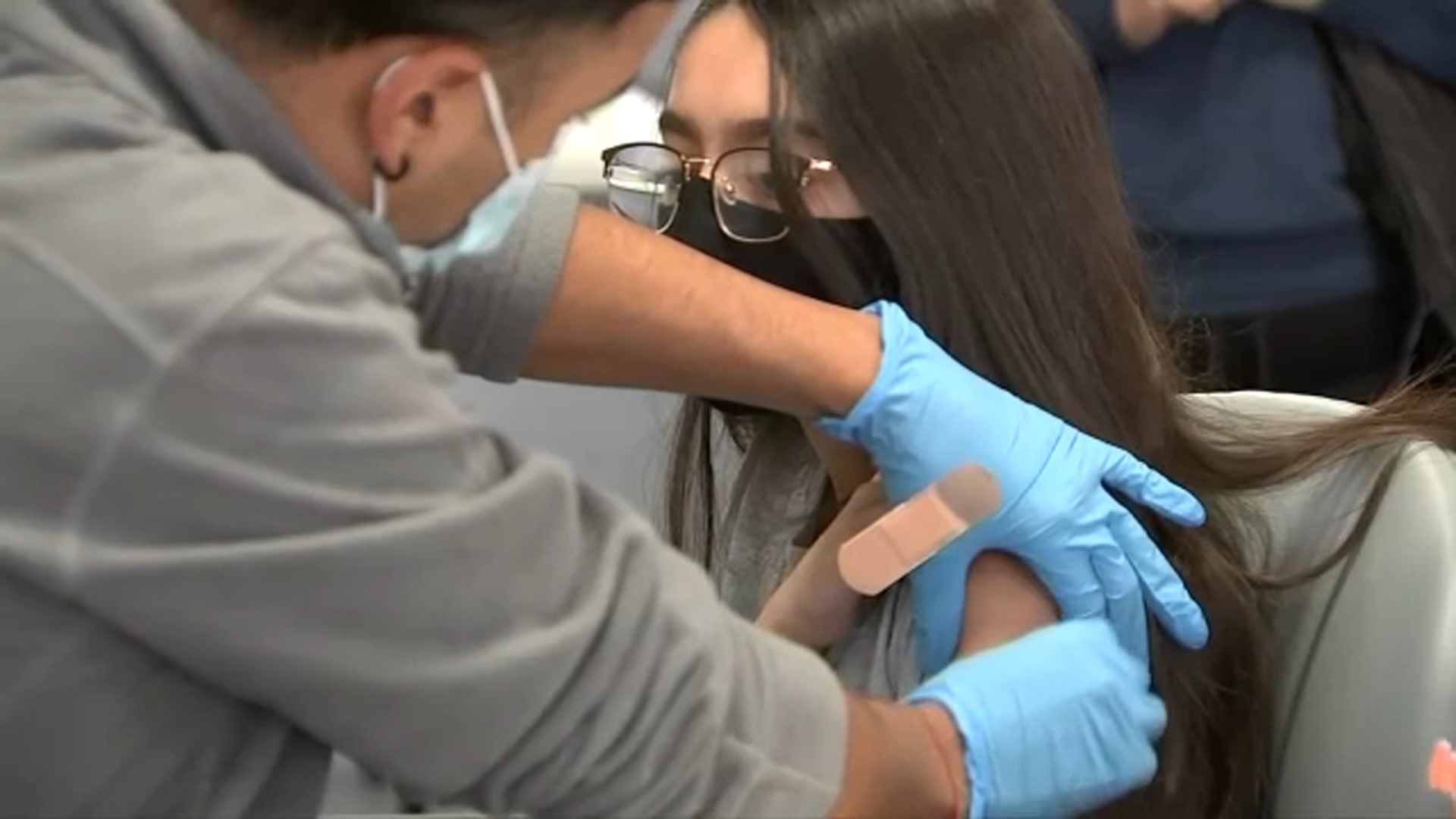