Illinois COVID-19 vaccinations are up, but tests are declining 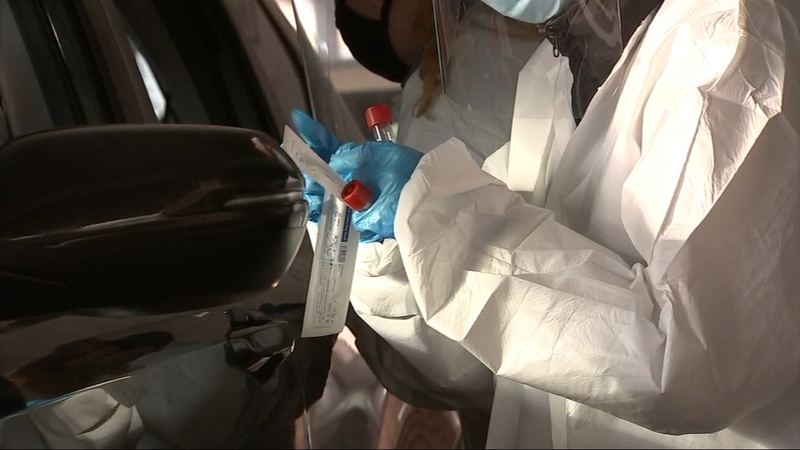 CHICAGO (WLS) -- Illinois health department figures obtained by the I-Team show the largest drop in COVID-19 testing since the pandemic began occurred in the month of February. Now there are new concerns about what that means for the detection of new variant versions of the virus.

Illinois public health officials reported Monday the smallest one-day increase in confirmed and probable COVID-19 cases since late last July. However, there has been a sharp drop in the number of people being tested for the virus here.

During the month of February, an average of about 75,000 people were tested per day. That is a 16 percent drop in testing from January, and the largest month-to-month plunge since the pandemic started.

The peak of COVID testing in Illinois came during November, when more than 92,000 people were tested each day, falling just slightly in December and January and then the giant drop last month, precisely when health officials say concerns about variant forms of the virus were, and still are, accelerating.

This comes also as reported COVID deaths are dropping in Illinois, from 89 per day in January to 45 each day in February, a decline of almost 50 percent. The concern is that without regular testing, variant versions of the virus may re-accelerate cases and deaths.

Even with those declining numbers, University of Illinois has just received emergency authorization from the U.S. Food and Drug administration for its saliva-based COVID-19 test that has been used on its campuses for months. That approval for what U of I has branded "Shield Illinois" now opens the door to other universities and private industry to increase testing.