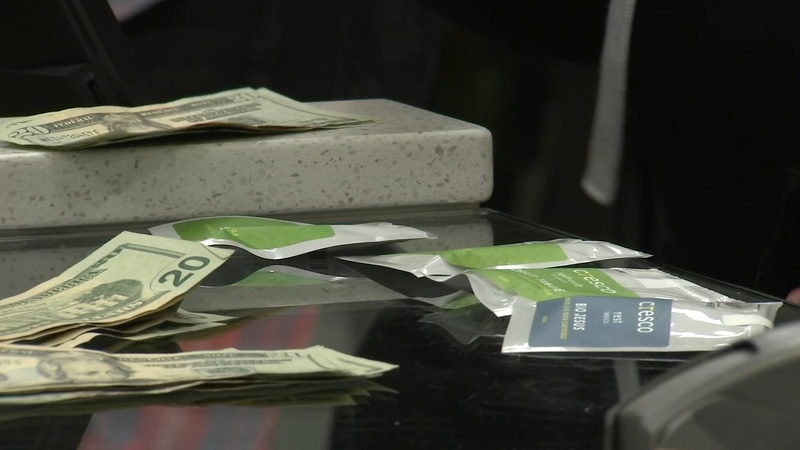 CHICAGO (WLS) -- Some Illinois lawmakers are concerned over how the state's lottery for marijuana dispensary licenses is handled.

Two state lawmakers are calling on Gov. JB Pritzker to answer questions about why only 21 companies reached the lottery round for 75 licenses.

While Illinois' marijuana industry continues to expand, the pressure mounts to delay a lottery for 75 new dispensary licenses because out of 700 applicants, the state chose 21 groups to compete.

"The entire country is watching to make sure Illinois got this right," said Ron Holmes, with the Majority-Minority Group. "Let's make sure, at least, if these are going to be the companies, we know who they are and what they are about."

Holmes is with the Majority-Minority Group, an organization aimed at putting color in the marijuana industry. Holmes and others, including several Democratic state lawmakers, are demanding transparency to determine if the 21 are true social equity groups.

"When the bill was first introduced, the intent was not to have these great big corporations have all these satellite dispensaries," said state Rep. Kathleen Willis, D-Northlake. "The true intent was to have community dispensaries owned by the people who live there."

Some unsuccessful applicants accuse the Pritzker administration of picking 21 politically-connected insider companies, rather than those owned by people who have lived in communities affected by the war on drugs. The governor defended the process Tuesday.

"Sixty-two percent of applicants that are in the lottery are people of color; that's a pretty good number," Pritzker said.

Pritzker said when the state is done with the process, Illinois will have the largest percentage ownership by people of color in the nation. At this point, he does not plan to delay the lottery.

There are at least two more rounds of licenses after the initial 75; the Pritzker administration said, moving forward, the law will likely be tweaked.

"I think one of the first things is the sheer number of applications; we need to put a limit on how many you can apply for at once," Pritzker Senior Advisor Toi Hutchinson said.