Rauner returns from trade mission, says it will bring jobs to Illinois 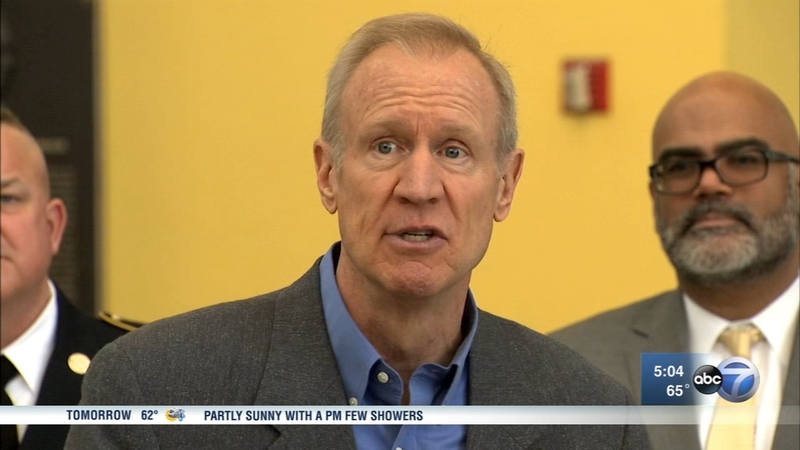 CHICAGO (WLS) -- Governor Bruce Rauner is back from his European trade mission with an election year promise of thousands of new jobs coming to Illinois. The governor, accompanied by several members of his trade delegation, said that during their trip to Germany and Poland they had secured commitments for factories and jobs that will be coming to various places around the state. But Rauner was short on specifics.

"I do want to make a lot of announcements, but they'll be coming over the next few weeks, we have several really exciting announcements," Rauner said "They are all in various stages of commitment and signing agreements and what not and we're gonna be making the announcements at the appropriate time."

"This was about strengthening and building new relationships with companies in both Poland and Germany that will have benefits for the state of Illinois for years to come," said Mark Peterson, President and CEO of Intersect Illinois.

When pressed on the number of jobs, the governor said there would be more than a couple of thousand jobs.

"Many thousands, over time it will be tens of thousands," Rauner said.

While the governor was away, downstate senator Sam McCann announced he was running for governor under a new conservative party, seeking to tap into the same frustrated republicans who nearly helped Jeanne Ives upset the governor in the March primary.

"McCann is being used as pawn by Pritzker and Madigan, we're gonna win in November," Rauner said in his first public comments on the McCann candidacy. The senator did not respond to requests for a response.

The governor did say he would take part in debates, but when asked if McCann should participate he just laughed.

He also took a shot at democrats, blaming them for the state's financial problems, and then he also fired back at Comptroller Susana Mendoza who's report this week blasted the governor for racking up more than a billion dollars in late payment penalties for overdue state bills.

"They're rascals and scoundrels who are misrepresenting the truth and who are really responsible, they're trying to brush off that responsibility," Rauner said.