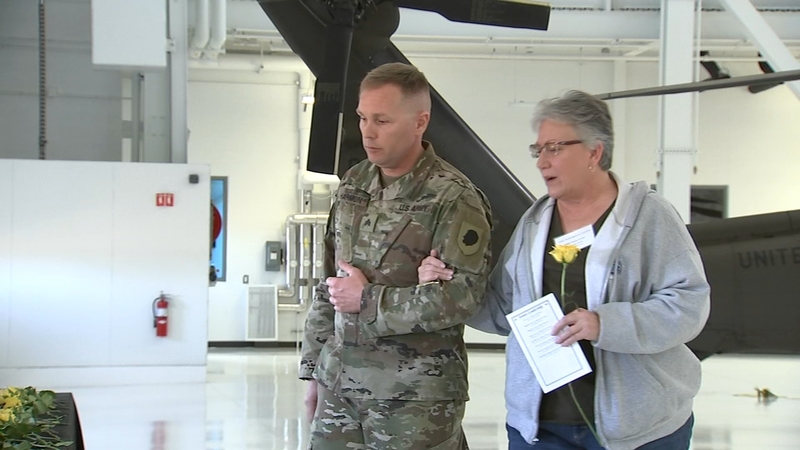 The families of 34 soldiers came to Kankakee to bond and remember their fallen heroes.

Their relatives, another crop of Gold Star Families, heard how they will never be forgotten.

Brig. Gen. Richard R. Neely said he was reminded of his responsibility to ensure the Illinois National Guard has "the best trained, the best qualified, the best equipped soldiers and airmen."

Staff Sgt. Timothy Atkins served with many of the fallen soldiers, joining the service after 9-11.

Families were invited to take a ride in a Black Hawk helicopter.

Ralph and Linda Grieco lost their son, Staff Sgt. Kevin Grieco, in a 2008 suicide bombing by an Afghan terrorist dressed as an ally.

"You don't expect to bury a child," Ralph Grieco said. "A death like this is even more harsh because it was in a far away place."

Grieco added that "it was sudden and it was violent."

The purpose of the ceremony held at the Kankakee Army Aviation Support Facility is to show those enduring pain that their soldier's sacrifice is remembered.