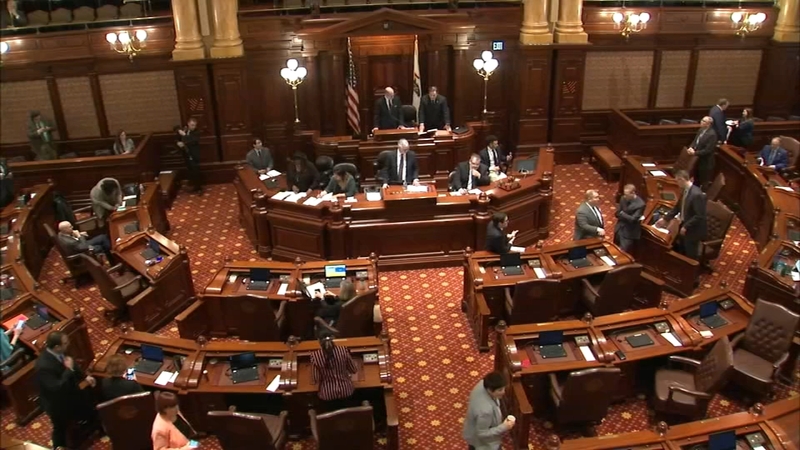 SPRINGFIELD, Ill. (WLS) -- Illinois lawmakers returned to Springfield Tuesday, where one of the primary focuses of this legislative session is ethics reform.

Sandoval is no longer at the capital but his presence, and now word of his cooperation with federal investigators, has given Democrats and Republicans just one more reason to take action this session to deal with the culture of corruption that hangs over Springfield.

Newly-elected Senate President Don Harmon gaveled in his first session Tuesday, about one hour after Sandoval entered his plea.

"It's going to be a huge priority for our caucus, I know it will be a priority for the governor, we want to tack meaningful direct ethics reform legislation," Harmon said. "But we're still collecting information from this ongoing federal investigation as to just exactly what problems it is we have to solve."

Harmon said he can't remember being more embarrassed or angry than the day he saw images of federal investigators removing evidence from Sandoval's office in the capital building.

Republicans saw Sandoval's guilty plea as a message to lawmakers.

"I think he feds are very deliberate in how they roll these out, I don't think it's any surprise that this announcement came out the first day of session," said House Republican Leader Jim Durkin.

House members on both sides of the aisle are pushing the importance of passing ethics reform in this session.

"We are all aware of the dark cloud that hangs over the state of Illinois and particularly this capital, with the massive ongoing federal investigation into political corruption," said State Rep. Grant Wehrli (R-Naperville-Warrenville).

"It's not just a Springfield problem, it's a county problem, it's a state problem, and there if there is an opening for wrongdoing we need to close it," said House Majority Leader Greg Harris (D-Chicago).