Residents surveyed about marijuana sales in Prospect Heights, Streamwood before official decisions made 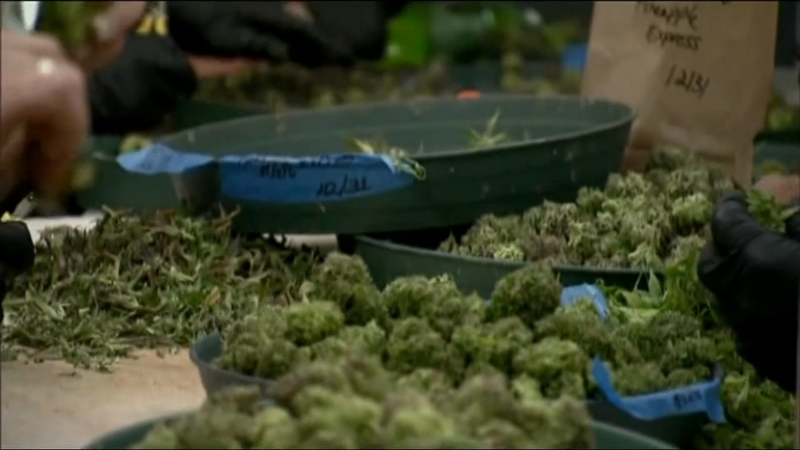 PROSPECT HEIGHTS, Ill. (WLS) -- Recreational marijuana use will become legal on January 1, but where you can buy it is another question. In Streamwood and Prospect Heights, officials put the question out to residents before officials debated the issue.

Communities all over are handling the individual decision on whether or not to allow recreational marijuana sales in their own ways. In Prospect Heights, Mayor Nick Helmer said a survey showed residents support it, but they also formed a committee to make recommendations.

The mayor is hoping the 3 percent sales tax the city could add will help raise much-needed revenue. The survey showed most residents agreed.

Among the proposed locations for a new dispensary are a building that once housed a bank, and another at the end of a strip mall.

Some neighboring business owners, however, are less than enthusiastic. While they expect a marijuana dispensary might bring more people to the area, some are also concerned it would not be the right kind of people.

Surrounding communities are split on the issue. Wheeling and Buffalo Grove approved dispensaries, while Arlington Heights voted it down.