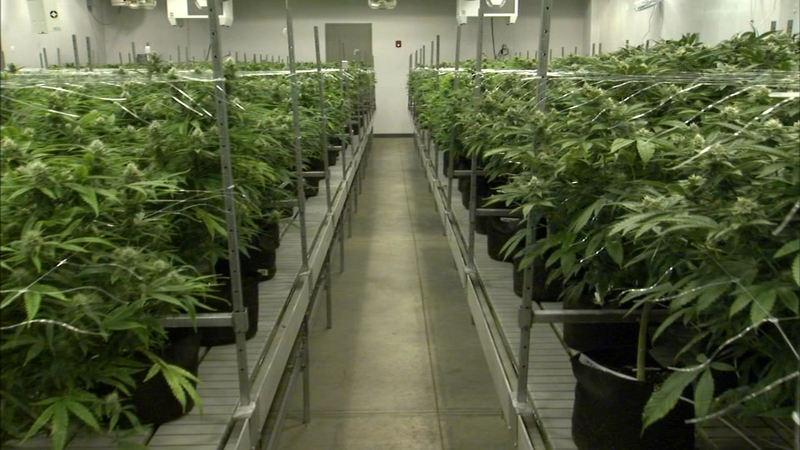 CHICAGO (WLS) -- The Chicago City Council voted Wednesday against delaying the start of legal marijuana sales in the city.

The city council voted 29-19 against the ordinance.

Mayor Lori Lightfoot argued the delay would have unintended consequences. The council's Black Caucus backed the ordinance, which passed the Committee on Contracting Oversight and Equity Tuesday.

"We need a piece of this, and if we don't get it nobody should get it," said 9th Ward Alderman Anthony Beale.

Debate became heated as some members argued in favor of delaying marijuana sales in the city for six months. The point was to allow more time for minorities to have ownership; as of January 1, the medical marijuana dispensaries that have received same-site licenses to begin selling adult-use pot are all white-owned.

"Do we want to protect billion dollar corporations and the privileged, or do we want to create a community of equity?" asked 28th Ward Alderman Jason Ervin, chairman of the council's Black Caucus.

Ervin led the charge, and before the meeting he was confident he had the votes to delay or defer until next month. Trying to outmaneuver each other, Ervin and Mayor Lightfoot sparred over parliamentary rules.

In the end, Lightfoot won. The vote to delay failed with the help some other members of the Black Caucus who sided with the mayor. That division angered one alderman so much, he quit the caucus.

Willie Fleming, an African American entrepreneur from the Lawndale neighborhood, spoke out against the delay, as did a national cannabis consultant. Fleming is submitting a social equity application to open his own dispensary saying he and the city of Chicago would be missing a huge business opportunity.

"Do you know what that would mean if we...opt out of Chicago?" Fleming said. "Then all your tourists are going to go to the suburbs."

"You cannot miss the opening of an adult-use market," said cannabis consultant Richard Park. "You can never make that back up. It's our first chance to test the boundaries of the industry."

"A tactic is just a delay," she said. "Delaying without any kind of strategy behind it is a useless exercise."

Governor JB Pritzker's office and some African American state lawmakers that crafted the recreational marijuana bill said they spent years working on the bill that put social equity at the core of the recreational cannabis market.