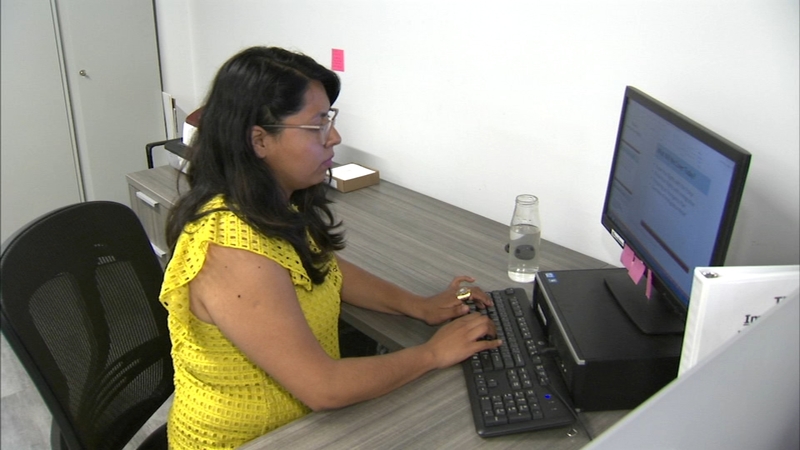 Mendoza, 30, graduated from Northeastern Illinois University. Although she was born in Mexico, she was brought to the United States when she was 7 years old. She's a Dreamer, a recipient under the Obama-era Deferred Action for Childhood Arrivals program.

Trump left the Dreamers out of his immigration plan, which he announced Thursday.

"I'm not at all shocked we were left out," Mendoza said. "What I was expecting is what he has shown this whole administration. He's creating this narrative of good immigrant versus bad immigrant, deserving versus undeserving. It's a lot of the same thing he has been talking about and doing."

Trump announced an immigration reform plan he considers "pro-American, pro-immigrant, pro-worker." Border security remains a pillar for the president's plan, but he also focused on who should be allowed into the country.

The president called it a merit-based plan, giving priority to young workers with valuable skills, advanced education, employment offers, or a plan to create jobs. To some, the plan is "elitist."

"This is a political stunt by the president. This proposal is going nowhere. It's dead on arrival," said Raul Raymundo, CEO of The Resurrection Project, which helps immigrants in the Chicago area. "This, to me, is elitism, trying to only get 'highly-skilled individuals' to this country. We already have them here, and those low-skill immigrants are also contributing significantly as well."

Politically, Democrats have been fighting for DACA recipients. The president appealed Thursday to Republicans to pass his plan. As he put it, "This is the big, beautiful, bold plan but we need something very quickly."

But Mendoza, who works with immigrants daily, is hoping for another option instead.