Protesters gathered Friday outside an old coal plant in Little Village as demolition resumed there.

CHICAGO (WLS) -- Protesters gathered Friday morning at the site of an old coal plant in Chicago's Little Village neighborhood, as demolition resumed at the facility.

In April, a botched smokestack implosion at the Crawford Coal Plant covered the Southwest Side neighborhood in dust. Many residents were furious with the city for allowing that to happen. They called it a public health hazard, especially during a pandemic.

About 7 a.m. Friday, protesters could be seen holding signs at 35th Street and Pulaski Road.

Unlike the incident in April, the work that resumed Friday morning will be manual, with no implosions expected. The city said residents were informed ahead of time, and crews are following "dust mitigation" protocols.

But residents want the work to stop.

"We fought so hard to get this shut down so they would stop the coal from coming into our community, only to years later, in the middle of, again, like processes that other mayors have had, to do this in the middle of the night, with no community input for concern for our health and well-being, and to that in the middle of the pandemic, it was just realizing that they don't care about our lives," Laura Ramirez said.

Protesters insisted this should not be a priority right now; instead, the city should focus more resources on the ongoing pandemic and tensions between the community and police.

Mayor Lori Lightfoot previously assured residents that no asbestos was found in the air after the botched smokestack implosion.

The mayor said the developer of the site, Hilco Redevelopment Partners, and its subcontractors promised ahead of time they would meet demolition standards. But that didn't happen, when dust floated beyond the former Crawford Power Generating Station site and swirled over nearby homes.

Hilco said it agreed to city requests, including street cleaning and handing out thousands of masks to residents.

Upon an initial review of the event, the city issued 16 citations holding the developer and its general contractors, MCM and CDI, accountable for the incident. The parties owe up to $68,000 in fines, not including any other city claims relating to costs incurred by departments in responding to the incident.

Hilco later faced an additional fine for "silty runoff" linked to the demolition.

A class-action lawsuit was filed on behalf of Little Village residents after the smokestack was demolished.

Hilco has apologized for causing "anxiety and fear" after it failed to follow a plan it gave city officials that would've prevented the situation. They expected the implosion experts to use dust mitigation with water before, during and after the demolition.

The company said it is fully cooperating with the city while it investigates and is implementing "a thorough corrective action plan."

Hilco CEO Roberto Perez acknowledged concerns were even further elevated given the implosion took place during the coronavirus pandemic.

Videos and photos that circulated on social media showed a tower falling to the ground, releasing a heavy cloud of dust that eventually seeped into residential areas. One photographer described the scene as "like something out of the movies. 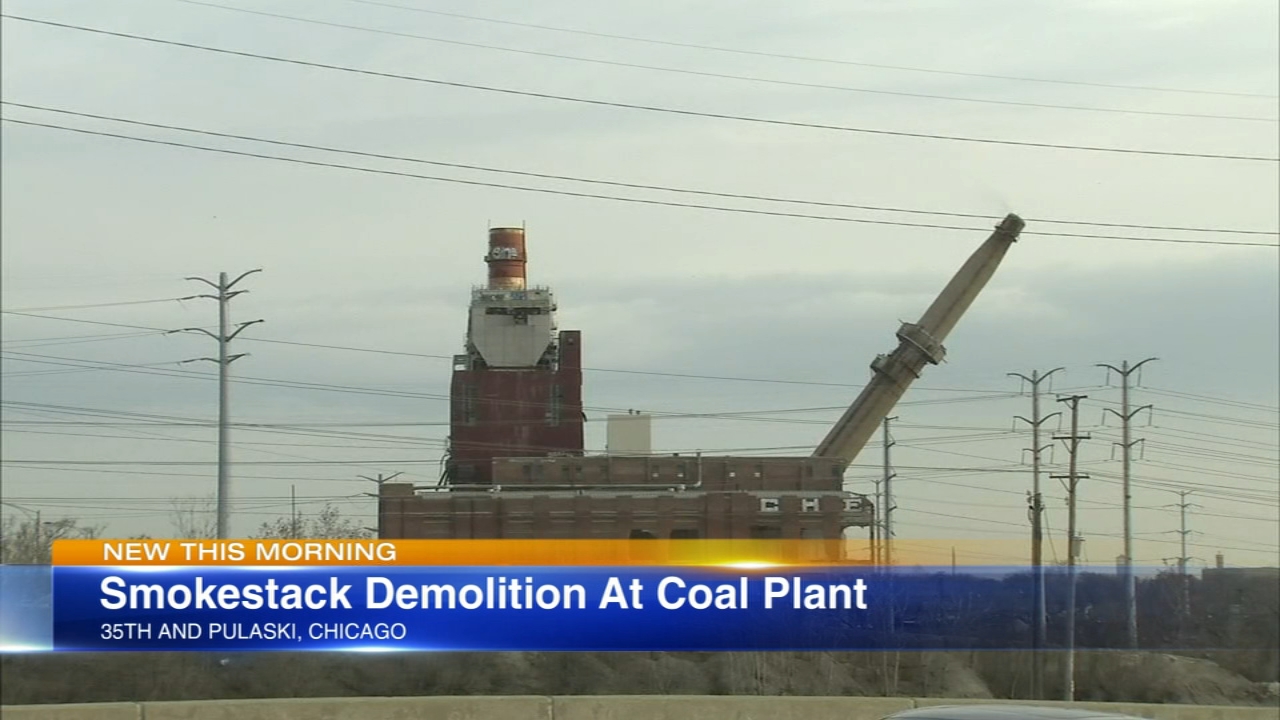