Overall, 8,371 Indiana residents have died from COVID-19 and 539,229 have contracted it since the start of the pandemic.

The Indiana State Department of Health reported Tuesday that 2,907 Hoosiers were hospitalized with COVID-19 on Monday at Indiana's hospitals.

That's 71 more patients than on Sunday and the most since Dec. 29.

The COVID-19 hospitalizations have declined about 16% since peaking Nov. 30 but remain more than three times higher than in September.

Illinois residents head to Indiana's eateries to dine inside

Some Illinois residents fed up with their state's second ban on indoor dining amid the pandemic are heading to restaurants in adjacent Indiana so they can dine out with others.

When Gov. J.B. Pritzker announced Illinois' second indoor dining ban in October due to surging COVID-19 numbers, many restauranteurs hoped the restrictions would be short-lived.

Three months later, restaurants in Illinois towns like Calumet City and Lansing that border northwest Indiana say they are seeing customers lured away by Indiana eateries not subject to the same restrictions, The (Northwest Indiana) Times reported.

Sylvia Coco, who owns Kilroy's and Dixie Kitchen and Bait Shop in Lansing, said her business is off substantially, perhaps more than than 50%, and one constant has been the looser rules for restaurants and bars in the Hoosier State.

"Indiana is pretty much open and doing whatever they want," Coco said.

Dorian Menchaca, owner of Don Pedro's Mexican Bar and Grill in Calumet City, said his business is down about 50% from what it was during the first shutdown. He knows his customers are going to Hammond, Munster and other nearby Indiana border towns for the opportunity to dine in.

"Not only have I heard it, I've seen it with my customers posting on social media they're dining out in Indiana," Menchaca said. "It's just one of those things."

Tom Dabertin, a board member of the Whiting-Robertsdale Chamber of Commerce, said he's noticed the influx of Illinois diners.

"We're seeing increased business in both restaurants and stores, even at local drive-thrus," he said. "We're seeing a lot more traffic and revenue due to the bans in Illinois. People come here to eat a meal and then shop."

The video in the media player above was used in a previous report.
Report a correction or typo
Related topics:
health & fitnessindianacoronavirus indianacoronavirusu.s. & worldcovid 19 pandemiccovid 19
Copyright © 2021 by The Associated Press. All Rights Reserved.
CORONAVIRUS INDIANA 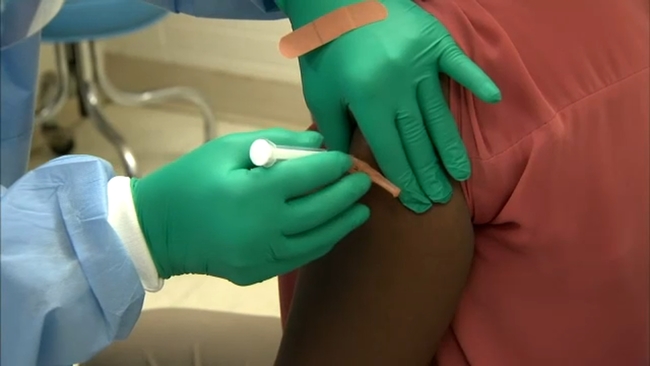