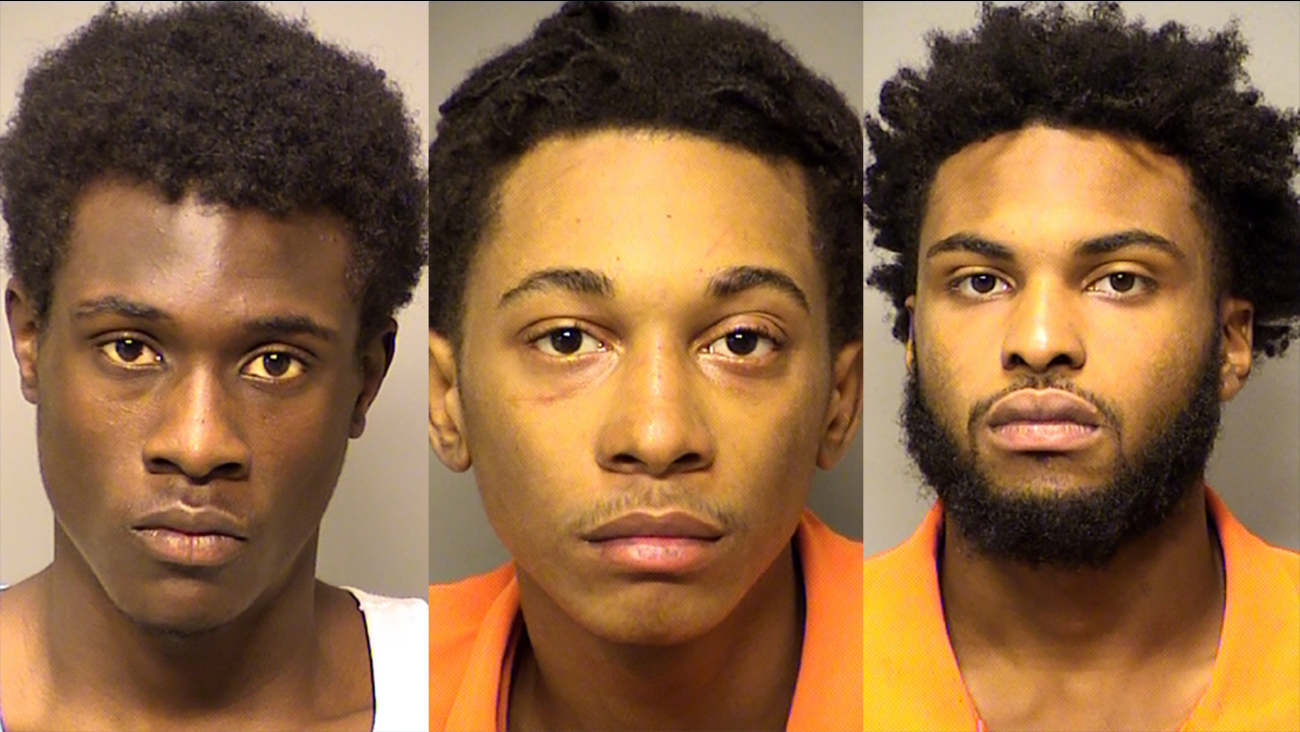 Police said the three men from Dolton, Ill., Kobe Watson, 27, Chaz Murray, 19 and Armari Lomax, 19, have each been charged with resisting law enforcement. Lomax has also been with auto theft.