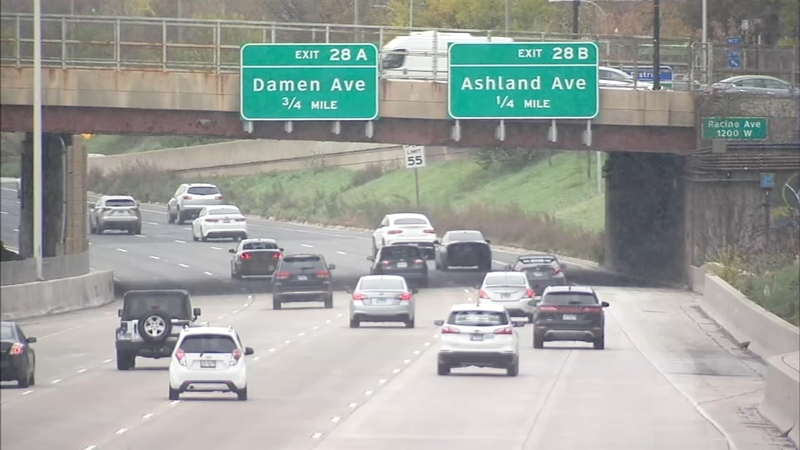 Illinois to get $17B piece of Biden's infrastructure plan

The Eisenhower is one Illinois expressway that is likely to get a much needed upgrade under the massive infrastructure bill signed into law Monday. Illinois' slice will be $17 billion.

"There's an opportunity for billions of dollars more for a variety of projects that we can apply for and we will be doing that," Gov. JB Pritzker said.

Officials calling for federal infrastructure funds to rebuild I-290, the Eisenhower Expressway, say it will improve traffic and boost the economy.

Gov. Pritzker, who attended the White House bill signing ceremony, said the $17 billion is a welcome addition to the $45 billion the state of Illinois is already spending on infrastructure after state lawmakers passed a plan in 2019.

"Even though we passed Rebuild Illinois a couple years ago, we still have a tremendous backlog of maintenance," said Audrey Wennink, Metropolitan Planning Council Director of Transportation. "That is the first thing we should do."

The Metropolitan Planning Council is calling for maintenance and modernization of roads and bridges, big and small. Besides transportation, the infrastructure bill also includes money for electric vehicle charging stations, broadband expansion and upgrading the water system.

President Joe Biden on Saturday hailed Congress' passage of his $1 trillion infrastructure package as a "monumental step forward for the nation."

Using the money to replace old lead pipes is likely to be a big priority in the city of Chicago.

"It will make a significant difference not only to expand the number of homes that we can reach, but also shorten the time period," Mayor Lori Lightfoot said.

Mayor Lightfoot, who attended the ceremony as well, said the money will also be used to finally expand the Red Line beyond 95th Street. While it is an historic amount of money going to all the states, the Metropolitan Planning Council is concerned about how it will be spent.

"What's really important is we do it in a thoughtful and transparent way to people know how the being spent and how they are being prioritized," Wennink said.