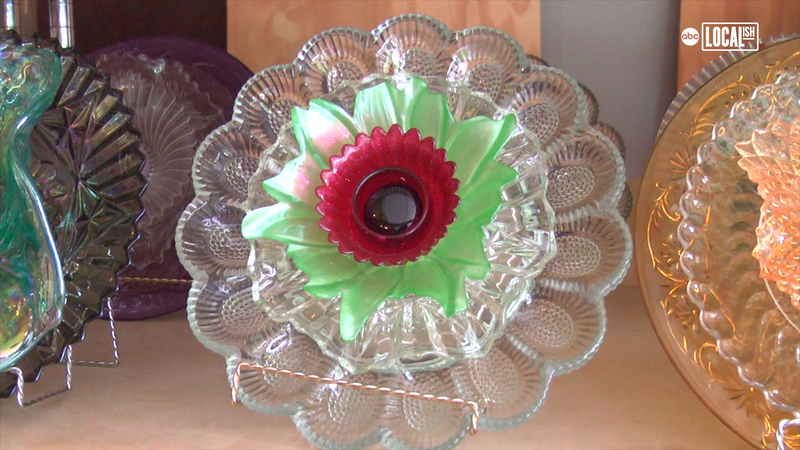 LEMONT, Ill. -- Even as she battles a rare form of cancer, one Chicago area woman has raised over $50,000 for research. Carol Koch expects appendix cancer will end her life early, but hopes the support system she's created for people all over the world can live on.

Since starting the garage sales for family in 2017, the Lemont woman's struggle has resonated with strangers around the globe who continue buying her Forever Flowers; stacked glass plates and bowls resembling beautiful blooms.

Koch has found comfort in hearing others' cancer struggles and vice versa. Along the way, Koch and her family have made hundreds of Forever Flowers and raised over $50,000 for appendix cancer research.

But now, after multiple surgeries and 25 rounds of chemotherapy, Carol Koch wants to focus on family, taking what she called "a reset."

Even though the Forever Flower sales have wrapped up, she hopes the dialogue will continue in her Forever Flowers by Carol Facebook group.

"Sometimes you need to just sit down and smell the flowers," she said.