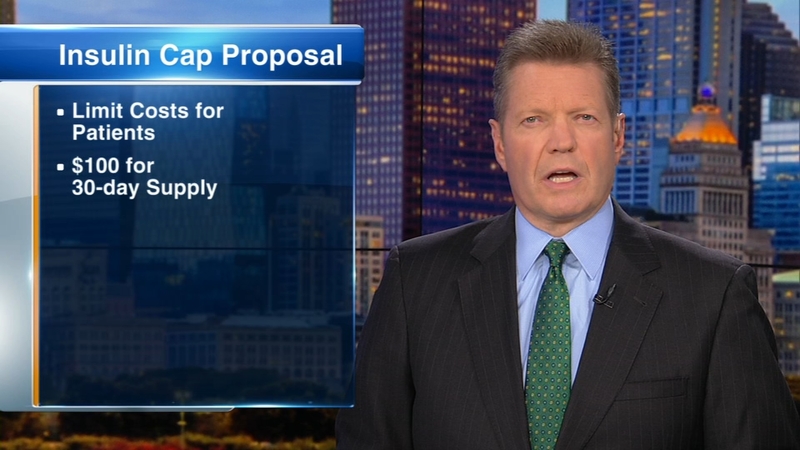 CHICAGO (WLS) -- Illinois lawmakers are looking to cap insulin prices for patients across the state.

Gov. JB Pritzker joined state lawmakers in introducing a proposal to limit out-of-pocket costs to $100 for a 30-day supply of insulin.

"Diabetes affects people from all walks of life, but as prices have skyrocketed, more and more insulin users have been forced to find their medication by substituting lower quality products, or seek options out of the country, or even ration their supply - some have died doing so," Pritzker said in a statement Friday.

The governor said that patients can pay as much as $289 for insulin.

Roughly 1.3 million adults in Illinois have diabetes, which accounts for more than 12% of the state's population, according to the Illinois Department of Public Health.

"Lifesaving medicines shouldn't be a privilege for the people who can afford them," said Democratic Rep. Will Guzzardi, of Chicago. "They need to be guaranteed to everyone."