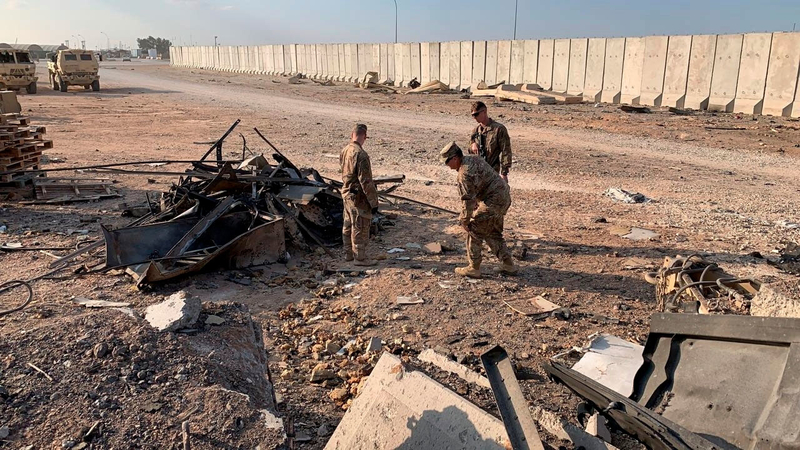 WASHINGTON -- U.S. officials said on Thursday some American troops were injured in the Iranian missile attack from earlier this month despite initial reports that no one was hurt.

ABC News confirmed 11 U.S. service members were flown out of Iraq for treatment in the last 24 to 36 hours.

Eight were taken to Landstuhl, Germany, while another three were transported to Camp Arifjan in Kuwait.

Some injured in the Jan. 8 attack on the Ain al-Asad base in Iraq suffered traumatic brain injuries. They were recently evacuated out of Iraq.

The severity of their injuries was not clear due to HIPAA laws. A U.S. official said the service members' symptoms had worsened enough to warrant being evacuated.

"While no U.S. service members were killed in the Jan. 8 Iranian attack on Al Asad Air base, several were treated for concussion symptoms from the blast and are still being assessed," Capt. Bill Urban, spokesman for U.S. Central Command, said in a statement.

Iran's attack was retaliation for a U.S. airstrike near a Baghdad airport that killed Iranian Gen. Qassem Soleimani. President Donald Trump previously said no Americans were harmed in the attack when he addressed the nation.