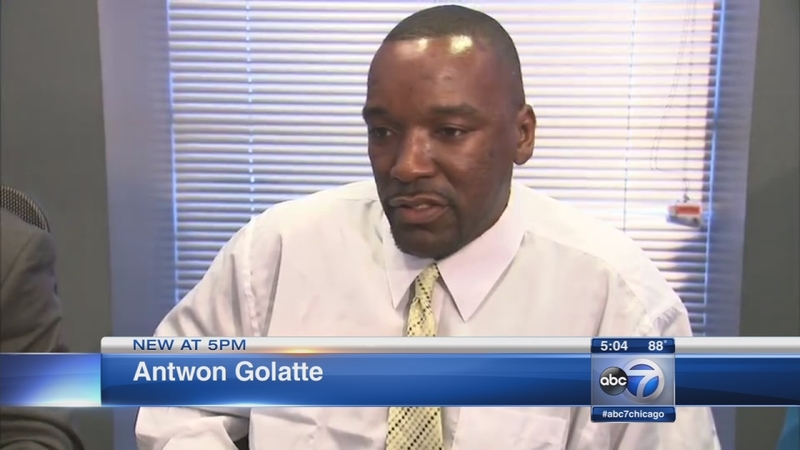 CHICAGO (WLS) -- A man shot by Chicago police officers more than a year ago spoke publicly for the first time on Monday to ABC7 - just days after the shooting was ruled unjustified.

Two officers shot and wounded Golatte as he drove off in his SUV as the police tried to stop him after an alleged drug transaction. IPRA ruled both officers were out of the vehicle's path when they fired. The agency made no recommendation on punishment for the officers involved.

"When I saw them I knew my life was in danger. Wasn't a shadow of doubt, I just knew," Golatte said.

Golatte still has the scars from the three bullets shot at him by Chicago police.
"The day it happened they cut my stomach open."

Gang enforcement officers pulled Golatte over during a narcotics investigation.

Officers said Golatte hit the gas trying to run them over. So they pulled out their guns and shot at him.

"They shot the drivers-side of his vehicle. If he was actually driving in their direction would have shot the front windshield, but there's no such evidence. It did not happen," said his attorney Danielle Pinkston, of the Pinkston Law Group.

After a yearlong investigation, IPRA agreed that the officers had no reason to shoot.

"If IPRA is going to start stepping forward and giving some kind of fairness back to communities then that stops all this chaos and madness out there of cops vs. people," said Golatte's attorney Chris Stewart.

Golatte's said he hopes the officers who shot him will lose their jobs. His attorney said the two officers involved have a total of 40 complaints against them.